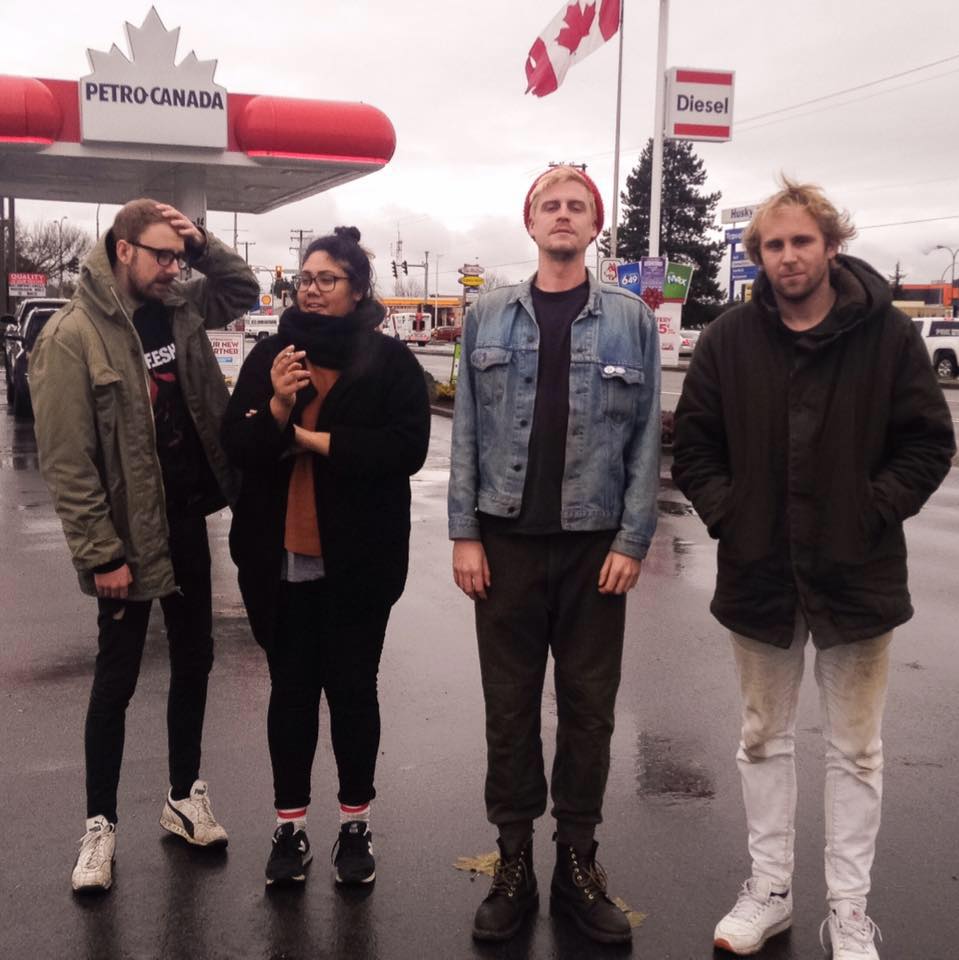 Woolworm come from Vancouver’s hardcore scene, the city has a rich scene that has spawned DOA, Subhumans, and No Mean No just to name a few. The band definitely have carved out a sound of their own, which at times leans a bit more to indie/power pop. The band have spent a lot of time away from their hometown, touring non-stop for the past few years. This week sees Woolworm record a live session for the legendary Seattle radio station KEXP, at Pop Montreal. Ahead of the session, the band are releasing a video for the album title-track “Deserve to Die”, the clip was directed by drummer Nick Toliday.

Woolroom recently released their album Deserve to Die, via Mint Records.The full-length was produced at Rain City Recorders with Jesse Gander (White Lung, Japandroids, Go It Alone). “It was our first time recording in a studio with a Wikipedia entry,” frontman Giles Roy says, noting that they made the most of Gander’s plethora of amps and guitars. “The songs are about loss, regret, alienation, and acceptance. And death,” Roy says. “Death is the only constant theme…. We all die, and you can’t do much but laugh about it. Also, the whole thing was written over such a long period that our members’ lives happened to change drastically throughout the process. We’ve helped each other through those things at different times. So in some ways, it’s about everything at once.”

I was trying for something that would compliment the dark feeling of the song’s lyrics without getting in the way. I wanted a simple non-narrative video. on our way to shoot the night work at a mountain location i can’t disclose, we got pulled over by the same cop on our way there and on the way back. joke’s on him though, look at us now