Woods have announced new North American and European tour dates beginning this May and running through August. The tour includes stops at Bonnaroo, Sasquatch and their own Woodsist Festival. The band will also paire up for a few shows with pals Real Estate and Alex Bleeker and the Freaks. The band released the their album With Light and With Love back in April of 2014 — the current touring band features Jeremy Earl, Jarvis Taveniere, Aaron Neveu, John Andrews and Chuck Van Dyck.

Woods’ brand of pop shamanism has undergone several gradual transformations over their past few albums, but on With Light And With Love, the tinkering reveals an expanded sonic palette that includes singing saw, heavier emphasis on percussion, and a saloon piano that sounds like it was rescued from a flooded basement. Distinct from both the stoned volk of their earliest recordings and the Kraut-y dalliances of more recent fare, With Light And With Love showcases a more sophisticated brand of contemporary drug music that owes more to Magical Mystery Tour than motorik. If you’ve ever thought of Woods as a pop group comprised of weirdos, or a weirdo band that happens to excel at playing pop songs almost in spite of itself, With Light And With Love provides a corrective in the form of songs that show these two elements as natural, inextricable bedfellows. Throughout the album, vocals are frequently emitted through Leslie speakers and guitars perform one-string ragas like Sandy Bull reared on shoegaze and skate videos. With Light And With Love is an album of deeply psychedelic, deeply satisfying songs for a new age of searchers, of Don Juan and Animal Chin alike. 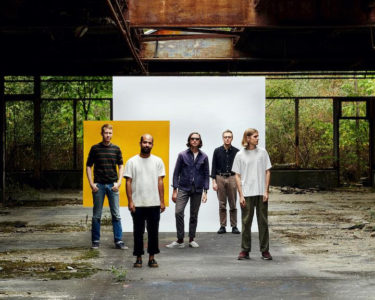