Phil Good recently announced his signing to Elektra Records, along with the news, the Los Angeles singer/songwriter has shared the single/video “Wonder:” Good has also announced that he will make his formal live debut, supporting Jaymes Young on his Happiest Year North American Tour, which kicks off October 30, in San Diego. Capturing his signature blend of sincerity and humour, the track’s music video, finds Phil contemplating what his ex may be up to in her new life through two puppets affectionately dubbed Harvey and Barbara. Directed by Spencer Graves.

“I was thinking about the first person I really dated at like 17. It wasn’t like, ‘I miss you’. It’s more like, ‘Who are you?’ shares Phil. “I wanted to capture the feeling of pondering who this person is and what she’s doing now.” Reminiscing over Juno synth transmissions, the track toggles pops of percussion and breathy verses before an unshakable refrain.

All dates with Jaymes Young

A stint slinging grilled cheese out of a stationary truck, a bike accident listening to Barack Obama’s appearance on Marc Maron’s WTF podcast, and an intriguing childhood split between attending mosque with his Palestinian step-dad and Christian church with his Puerto Rican “reggae-funk bass player” father all preceded the career of Phil Good. Relocating from Portland, OR to Los Angeles, CA with his cat Lucy in 2016, Phil devoted an entire year to writing and recording behind-the-scenes for other artists and logging countless hours in the studio in addition to planting the seeds for what would become his solo debut. 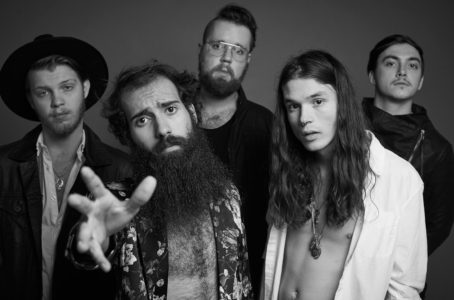