The Wombats Come Together From Afar 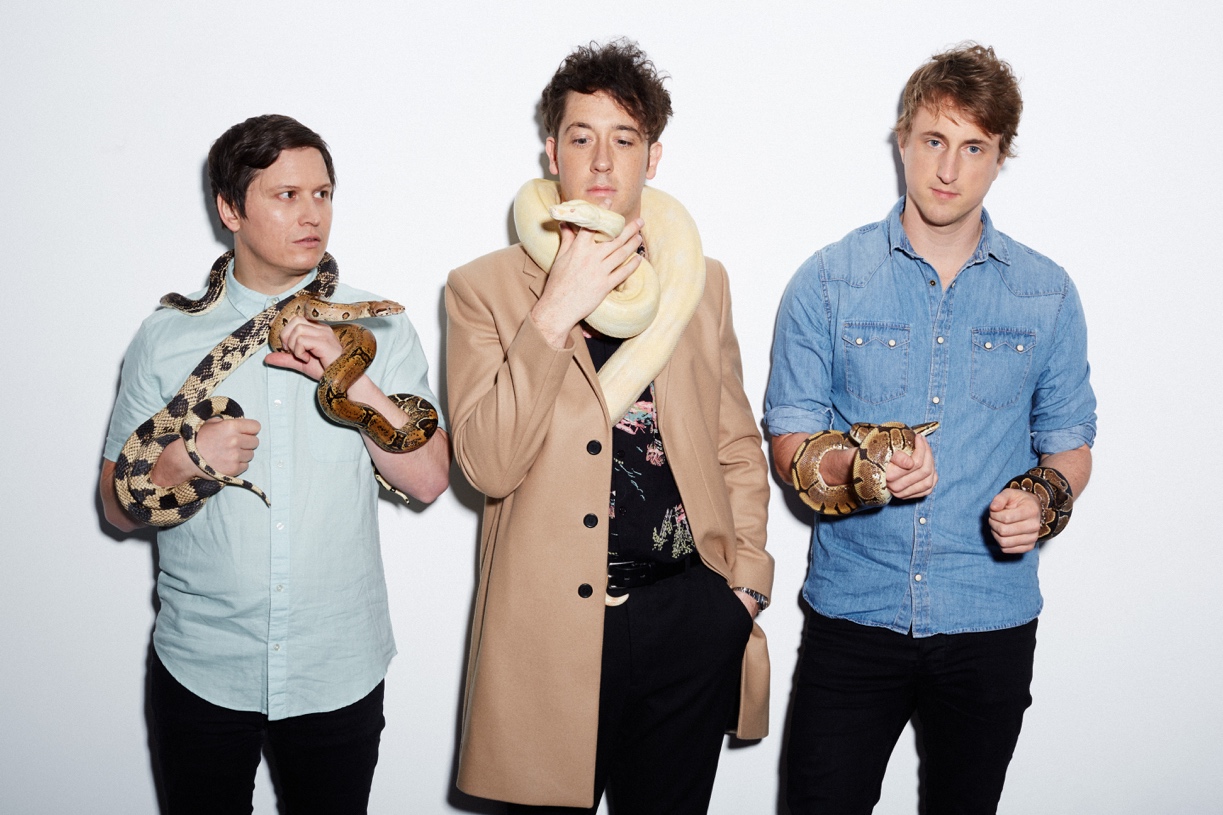 As they’ve shifted their focus over the years, The Wombats have decided to bring things back from the over-the-top production of Glitterbug. As the band continue to reinvent themselves on Beautiful People Will Ruin Your Life, they’ve stayed remarkably productive despite being further apart geographically than ever. We caught up with The Wombats’ Dan Haggis ahead of their tour with the Pixies and a fall North American tour to discuss unique lyrics and why minimalism is working for them.

Northern Transmissions: How do you feel like the long-distance writing of this record actually helped you all write it?

Dan Haggis: We got used to this kind of writing on the third record. We would hang out and write when we would get together, but when we were apart we could still get a lot done. Sometimes it would let us focus in more on a certain section of a song we wanted to work on. With people in L.A. and Norway, it was very organized when we would get together. We’d go to Oslo with studio time booked for six days and we wouldn’t leave until we had songs hammered out. Having time apart after being on the road for so long becomes necessary for your own sanity. You also don’t have any other option so we had to make the most of it. It was also good for us as a band to see that being apart wasn’t going to be an obstacle at all, and that we just had to embrace it.

NT: I thought it was interesting to hear that you felt things went a little too far on the last record so what lead to the less-is-more approach?

DH: Each record has a kind of natural rebellion against what we’ve done last time. So in this case we put a self-imposed restriction on the sound and process, and said from the word “GO” that we wanted to use less synths. It was also in trying to do something different, and when you’ve been a band for 15 years it’s refreshing to put these restrictions in place. We found bringing more guitar and making sections that were more guitar-driven was the most exciting for this record.

NT: How did Mark Crew and Catherine Marks help you with this ideology and what did they bring to the album?

DH: Well we often go really overboard and get attached to parts, and they were great at finding what the core elements were. They found more space-related things and removed what wasn’t necessary. We wanted to know what we needed so we didn’t just add a bunch of stuff. We were involved in the production so Mark was a great mediator. Working with Catherine for the first time, it was great because Mark had someone to challenge what he was doing. She would go off with songs and experiment with sounds until she came back with something that gave new life to our songs.

NT: “Lemon To A Knife Fight” was such a standout track, but also a standout title, where did that come from exactly and how did that song come together?

DH: The lyrics always end up being these twists on phrases that put them in a way you’ve never thought of before. In terms of imagery, we want people to have that very visual reaction. You can see yourself getting into a fight holding a lemon and thinking “Oh dear I’m so underprepared, how did I get here?” It was from some argument that Murph had had with his wife, and he realized he’d lost every fight they’ve ever had.

NT: Speaking of great titles, where did the album’s come from and what happened to the song that it started with?

DH: It was the same thing with Glitterbug where the word just fit the album. Murph had a few options and that one just stuck out to everyone, ourselves and all the management. It just felt right, and it’s true how the people closest to you can hurt you the most so we went with it.

NT: I understand this release has been a fairly stressful one to finally get out, is it weird to just be getting this music to fans and more in your live shows almost 2 years after it’s written?

DH: It wasn’t sitting for two years, but there’s always huge delays going through the process. You also write songs at the beginning of a process that end up not coming out for at least two years over the process. It’s frustrating because you want people to hear it but we have so many songs filling up our hard drives that you just have to get used to it as an artist. Live you always want to play new songs but people don’t want to hear a set of all new songs, so you’re limited in that respect anyways.