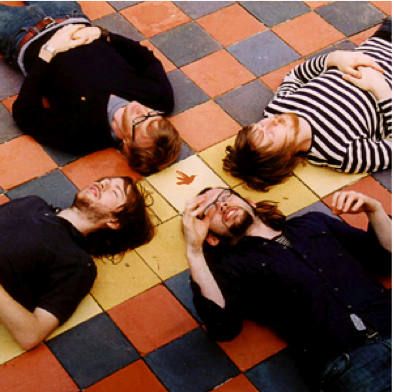 Jagjaguwar’s British band Wolf People have announced their brand new limited vinyl 12″, When The Fire is Dead in the Grate. The single includes two new songs as well as two cuts from their April 2013 release, Fain. The 12″ will be released on December 3rd, 2013.

After the intricately detailed Fain was complete, “All Returns Pt 2” and “Become the Ground” were recorded in their small rehearsal space. These new songs bear less resemblance to the majority of Wolf People’s output, with acoustic guitars, female vocals, a freer attitude and rougher arrangements.

Side A:
When The Fire Is Dead In the Grate
Become The Ground

Wolf People begins their first EVER North American tour tomorrow in Brooklyn at The Knitting Factory. They will play most dates (with some headline shows) with Unknown Mortal Orchestra.

The Band has also announced the final European shows of the year, including a performance at Netil House in London for the final night of ATP’s take over of the venue, and will also play the at the last ever ATP Festival the previous weekend.

A full breakdown of where and when Wolf People are playing is listed below in Tour Dates.