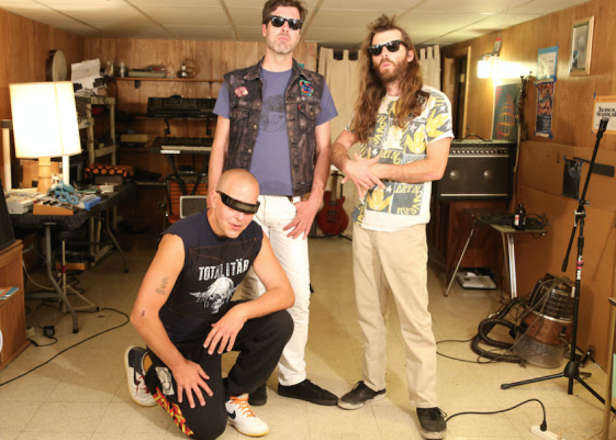 Post-industrial/noise group Wolf Eyes have signed to Third Man Records, and are set to release their new album I Am A Problem: Mind In Pieces on October 30. Hear the album’s first single “Enemy Ladder” below. The track will also be released as a 7″ vinyl single, due September 4.

Wolf Eyes is also planning to release their second batch of rarities via Bandcamp, on August 15. The band is reaching into their vast back-catalogue and releasing five rare digital reissues every month.

Wolf Eyes history stretches from 97-to present with over 500 releases into the either of the musical world: with units only normal instrument being a lone GUITAR thru the years: give and take some gongs and blues harmonica,: strings here put through a John Cipollina- in year 2098 live thru a drag strip filter fuzz -damage direct from Jim Baljo. Nathan Young provides vox & electronics from a woods possessed by a spirit thats both too ancient and too futuristic to gain comfort in its own proto- rural/urban musical environment. Final member John Olson rounds out the soundscape with electronics and woodwinds whose only job title can be known as conjuring “the gut of un-nameable menace” into sound.

I Am A Problem: Mind In Pieces