WIVES Release Video For “Hit Me Up” 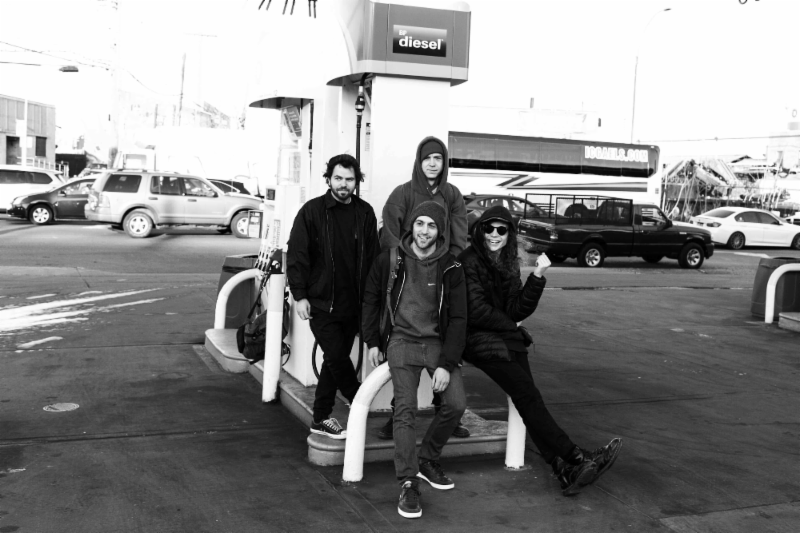 WIVES have shared a video for their new single “Hit Me Up,” the clip for the band’s recent single, is off their forthcoming release So Removed. Directed by Carson Cox (of Merchandise). “No matter how big the bad wolf, there is always a weakness,” Cox explains of the video. “We tried to remind ourselves here in this video: things aren’t always as they seem.” So Removed will be released on October 4th, 2019 via City Slang.

WIVES, is comprised of vocalist/guitarist Jay Beach, guitarist Andrew Bailey (also of DIIV), drummer Adam Sachs, and bassist Alex Crawford—will celebrate the release of So Removed with shows at Brooklyn’s Rough Trade (10/3) and Philadelphia’s Dawson Street Pub (10/5) before setting out on a tour of Europe and the UK tour dates in November. See below for an itinerary.

Embedded in New York’s DIY music scene through their respective projects, with years of playing house shows and booking their own tours under their belts, it wasn’t until a random day of extra studio time booked for another project that the four of them actually played together. So Removed came together in stolen moments, mainly during off-hours, with the band doing much of the recording themselves—as such, it ripples with a visceral intensity and a live-to-tape sound.