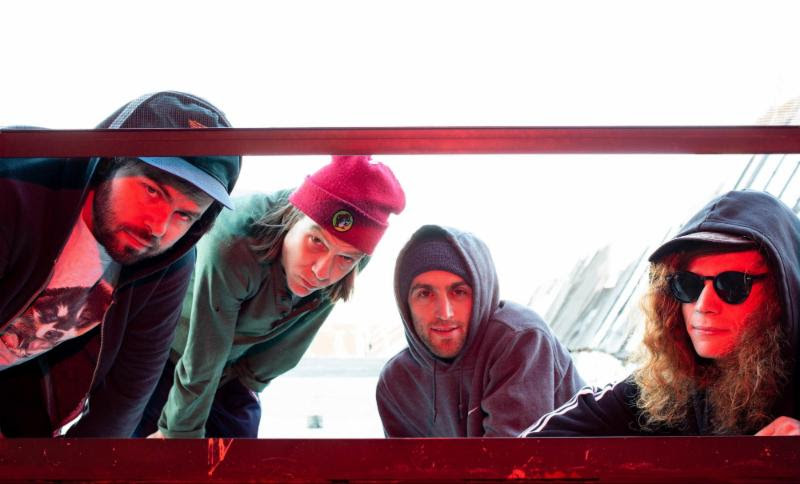 New York City four piece WIVES have released another track off their upcoming debut release, due out via City Slang later this year. This time around, it’s the propulsive “Workin.” WIVES head to UK shores for their debut shows this spring, including a stop-off for Test Pressing Festival in London on April 27th, followed by debut Nottingham show at Chameleon on May 6th, a second London show at the Shacklewell Arms on May 7th and a maiden Bristol show at Rough Trade on May 8th, as well as a handful of Brighton appearances across May 9th and 10th.

“’Workin” was a poem written while having a nervous breakdown in a 3rd floor walk up in Brooklyn, NY. My inward turmoil became the outward predicament of all of us workin’ stiffs. The ground actually did turn over and the floorboards were shifted. It must have been a manifestation of something going on inside my brain, and all the visions were coming at me in stop motion waves. The band played this track in one take and it was so good that we had to keep it and adjust the vocals slightly to fit the contours, which is how the chorus came about. The chorus being more or less the macro view of what was going in inside of my micro consciousness. From the personal out into the universal, but only because of that great guitar line!”