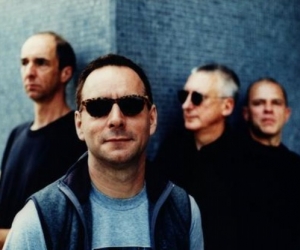 Wire has announced a fall West Coast tour and plans to bring their DRILL festival to Seattle. The three-day fest will take place November 21-23 at venues throughout Seattle including Barboza, the Crocodile, and Neumo’s. DRILL: SEATTLE will performances by Helmet, Chastity Belt, Vestals, Earth and more. The festival will also include a performance from the PinkFlag Guitar Orchestra in which other artists, including Helmet’s Page Hamilton, will join Wire on stage for a rendition of “Pink Flag.” All show information is listed below.

Wire’s Colin Newman says, “In their nearly 40 years of existence Wire have never been a band to keep still or rest on their laurels. Although sometimes, wrongly, defined within certain narrow musical genres Wire’s oeuvre has always ranged across a wide range of styles and influences whilst the membership, individually and collectively have always had good relationships, both working & personal with artists across a number of fields. So it is perhaps not surprising that in 2013 Wire launched the first of a series of Festivals entitled DRILL in London in March 2013. The concept is simple, it’s an unpretentious city festival featuring artists from across all genres actively curated by Wire with a lot of input from local, informed media partners. The concerts take place in small venues with great sound systems. There are no big ticket acts playing for over inflated fees. Wire go for the best in upcoming local talent combined with friends who just want to be part of it.”

Wire is touring in support of Change Becomes Us which is out now on pinkflag. In spring 2012, Wire’s plan had been to convene at Rockfield Studios in Wales to review the rudimentary blueprints of songs that had never made it beyond a few live performances in 1979 and 1980 – a time when the band-members were in creative overdrive yet the band itself was disintegrating. The aim wasn’t simply to resuscitate and record old songs; in fact, many of them hadn’t become proper songs in the first place, existing only as basic ideas or undeveloped parts. Rather, the objective was to approach that unrealized work as an oblique strategy, a potential springboard for Wire’s contemporary, forward-looking processes – a possible point of departure for new compositions.

This took place with Wire firing on all cylinders, as a four-piece studio entity again, the core line-up of Newman, Graham Lewis and Robert Grey now enhanced by guitarist Matthew Simms. Simms had played a key role in helping the band to cultivate and shape its new sonic landscape throughout the preceding year’s live work. Out of the exploratory Rockfield session and subsequent, extensive development and production at Newman’s Swim Studio, the ostensible source material became, in the classic Wire tradition, something quite other than what it may have once been – or what it might have become if it had been pursued in 1980.
Change Becomes Us encapsulates the paradoxical essence of Wire’s creativity. The tendency of these new songs to refuse a single, settled identity is emblematic of the band’s ever-evolving aesthetic – one that’s always hinged on sustained tensions and oppositions: between the familiar and the unfamiliar, the comfortable and the unsettling, the melodic and the brutal, the cerebral and the visceral, the smart and the moronic, the obvious and the inscrutable, the rational and the absurd. This intrinsic, core ambivalence generates the essential otherness that has characterized Wire’s most memorable, distinctive work – from the epochal innovations of Chairs Missing and 154 to the electronic-pop deconstructions of A Bell Is A Cup to Send’s postmodern-punk expressionism and the widescreen lyricism of Red Barked Tree. Change Becomes Us is an undeniable part of that illustrious lineage. Definitely more than just a good idea at the time. – Wilson Neate (Author of Read & Burn: A Book About Wire)