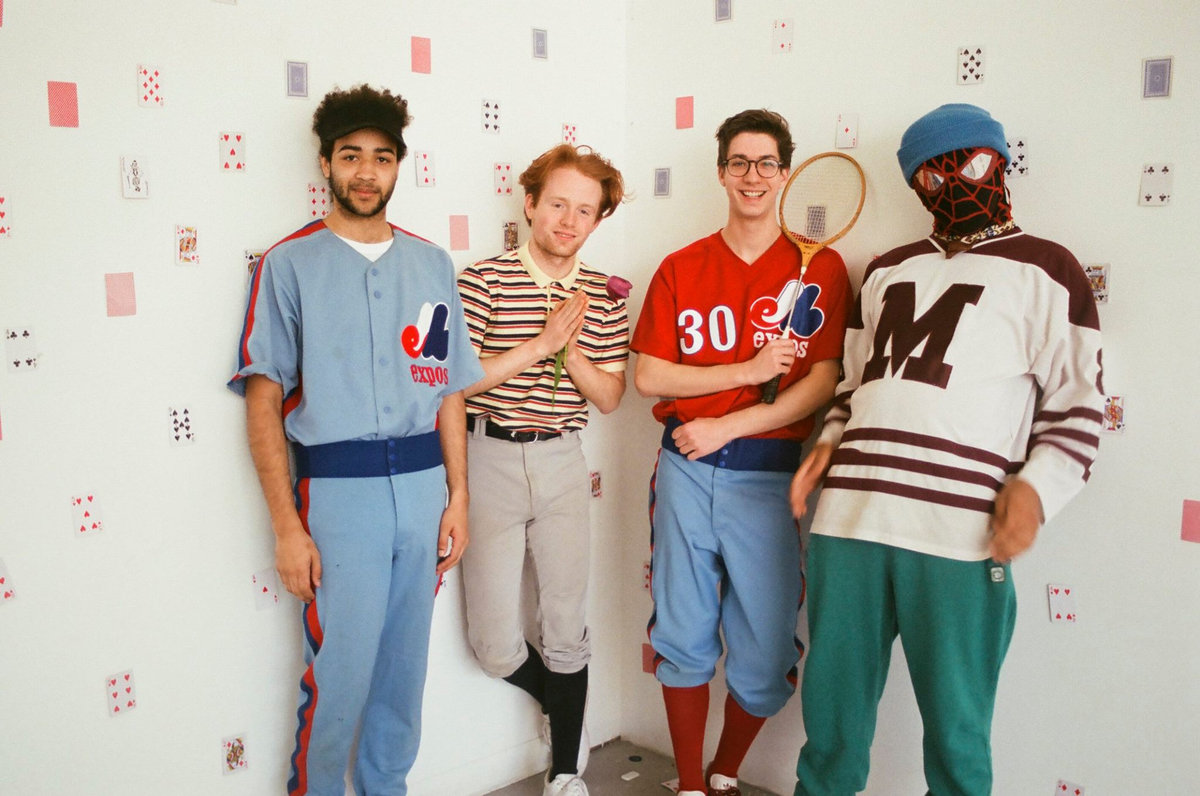 Moving from one end of the country to another in the hopes of gaining opportunities in music can be a gigantic leap of faith, but it’s an opportunity Vancouver’s Winona Forever are grabbing by the horns. Named after Johnny Depp’s infamous right arm tattoo he got whilst dating Winona Ryder (one he’s since altered to Wino Forever), this indie rock quartet strike a unique balance between driving guitar rock and groovy, soul-influenced tunes, and have been making moves – literally and figuratively – since releasing their debut EP, Yacht Rock, in 2015. After releasing their debut LP this is fine. a year later, they’ve since packed up and moved to Montreal, dropping singles “Keep Kool” and “Heads or Tails” along the way. Northern Transmissions recently spoke to all four members of the band – Rowan Webster-Shaw (guitar/vocals), Ben Robertson (guitar/vocals), Alex Bingham (drums) and Sam Gray (bass) – just after their appearance at this year’s POP Montreal festival. We chat about the band’s formation, future plans, adjusting to their new environment, nostalgia, and how saxophones and “smooth indie-jazz-yacht-rock” get their creative juices flowing.

Northern Transmissions: How did you guys come together and decide to start a band?

Rowan Webster-Shaw (guitarist/vocalist): I started writing some songs, and me and Alex knew each other, so I asked him if he wanted to play drums and help out with recording… It was probably 2014, 2013 maybe. We started jamming together and played some shows, and we met Ben. We started making music together, and then he joined the band. We’ve been doing it since then.

BR: In the early days, Alex lived on Bowen Island, so he’d be commuting from Bowen to come record and play in basements and small DIY venues. We played in Vancouver for about three or four years, now we’ve just recently moved here [to Montreal], and that’s when Sam joined on bass.

NT: What led to you guys naming your band after the tattoo Johnny Depp got while he was dating Winona Ryder?

RWS: We were just trying to come up with a name at the time. We were like, “Yeah, it sounds good.” We like Winona Ryder.

Alex Bingham (drums): I also like – irony’s not the right word – but just the joke of it, because [his tattoo] got erased.

RWS: Yeah, because he changed it.

AB: Irony is the right word.

NT: Yeah, because he changed it to Wino Forever. Would you consider yourselves big winos?

NT: Is there a brand of wine you’re partial to?

BR: I’m going to shout out JoieFarm Vineyards in the Okanagan, because I used to live there. Very good white wine. Shouts out to Joie.

NT: What’s your favourite thing Winona Ryder’s been in?

BR: The revival of Winona Ryder! I think more people get the joke now because of Stranger Things.

NT: Yeah, because that did a lot to make her relevant again.

NT: You’ve been called “purveyors of smooth indie-jazz-yacht-rock”, and that can definitely be heard at times in your music, for example in songs like “Keep Kool” with that sax outro. What is it about that kind of music that’s so appealing to you from a creative standpoint?

BR: I wrote “Keep Kool”. I think we started playing music when we were only writing for the types of venues we were playing – basements and garages and stuff. In our spare time, I listened to a lot of music with bigger arrangements and different instruments like horns… When we made that song, we were like, “Let’s not just make a song that we can play on two guitars, bass and drums. Let’s include some friends.” That’s David Hodgson on sax, who’s a really talented young jazz tenor shredder, basically – if he wouldn’t mind me saying that! *laughs* I listened to a ton of music that includes horns. There’s a keyboard buried in there as well – our friend Jacob [Schwinghammer] on keyboard. We wanted to not just make music and write parts for a larger arrangement, and I think it worked out really well.

NT: What would you say are some of your biggest musical influences?

BR: I was listening to a lot of Wings when I was writing “Keep Kool”. George Benson. David T. Walker – some of those smooth jazz guitar players. We listen to We Are the City a lot. Born Ruffians.

NT: You guys are from Vancouver originally but are now based in Montreal. What was the reasoning behind the move?

RWS: We were all excited to be in a new city and be around new things. We only lived in Vancouver, and it seemed like time for a change of pace.

BR: We just experienced POP Montreal, and it was so cool. We were lucky enough to have wristbands. We played a show for POP, so we got to go see some really cool bands. I think it’s a little more likely that a touring band will stop here since it’s near Toronto, New York and everywhere on the East Coast. It’s been really cool to see such a vibrant music and art scene. The whole city is beautiful.

SG: And it’s a lot cheaper to live here for people our age. That’s important.

NT: What is it about the scene here that stands out to you in comparison to Vancouver’s?

BR: There’s shows every night – that’s one for me.

SG: You think at a certain point there can’t be more bands. There just is. *laughter from bandmates* Every night there’s shows, especially in the spring and summer. There’ll be two shows one night, and it’s like, “What show do I go to?”

BR: On a Monday! Whereas in Vancouver, people would think that was going to be a late show just because it was on a Monday. For shows, it would be Friday, Saturday, and then maybe Sunday or Thursday. Here, you have to have shows every night, because there’s so much going on. Like Sam said, there’s conflicting shows sometimes, but I think that’s really cool as an audience member to have so much choice.

NT: Do you find being part of the scene here more of a blessing because you’re in a city where artists get a lot of attention outside our bubble, or more of a curse because there’s so many artists to choose from here?

RWS: I feel like we probably don’t really know yet. We’re still fairly new to being here. It’s definitely exciting to be around so many other bands that are doing cool shit. It pushes us to try and do things that we wouldn’t necessarily do.

BR: In Vancouver – at least in the scene we were in, which was DIY, all ages shows – I wouldn’t say it was super difficult to get shows and get people out, because unless you’re 19+, there’s not a lot there for you. Those shows were well-attended. But it does sort of plateau quickly, because there’s only so many venues that can support that in Vancouver and all their bylaws. There’s no way that being an artist or musician here doesn’t give you more room to grow – even if you have to maybe try a little harder, or there’s going to be stuff on the same night as your show. I think it’s probably a better space to grow. But we’ll have to find out. I’m optimistic.

NT: You played The Diving Bell on September 29th for POP Montreal as part of the Millennium POP – MTL Does Y2K show. How did it go?

BR: Oh, so fun! It was super well-attended, it was really well-decorated. The team that runs The Diving Bell was super nice. They know how to run a venue, and they picked some really nice artists. It was such a fun time. We really like music from that era, and people did a really big range of covers… Meanwhile, there was a huge show across the street [at Cinéma L’Amour] with U.S. Girls. There were so many shows that night, but there still was a good crowd there. I think there is a lot of appetite for music, even when there are a lot of conflicting things on the same night… I think that’s really cool, and maybe Vancouver wouldn’t have quite as much draw.

NT: What covers did you guys do?

NT: Oh wow, that’s a lot of nostalgia right there.

BR: Seriously, yeah! It was really fun. We don’t always get to play shows that are obviously for fun. It was a really good energy in the room.

NT: You guys opened for Boy Pablo at Bar Le Ritz PDB in Montreal back in the summer. What was that experience like?

AB: It was a lot of fun. It’s probably one of the bigger shows we’ve played. They were super nice people.

BR: It was a 300-person venue, I think, and it sold out. People were really nice to us after the show. We sold a bunch of merch. It was a nice time to open for a new crowd, since we’d just moved here. It’s fun to play a new venue.

NT: You toured across the country during the spring earlier this year, and released the single “Heads or Tails” back in January. What’s next for you guys as 2018 comes to a close?

BR: We’re looking at October 19th for a new single and music video. We’re kind of doing things one song at a time, but we do have an album that’s really close as well. “Five Alive” – that’s the name of the song – coming in October, [with] a video that we shot at our old house in Vancouver, when we were all living together there. We’re pretty excited, and we have another single after that. There’s things coming down the pipeline, we’ve just got to figure out how to release them because we’re still an independent band.

AB: We’ll be playing in Ottawa on October 22nd [at House of TARG].

BR: And Montreal on October 23rd [at Brasserie Beaubien].

NT: Is there a firm timeline for your next album?

BR: I think we definitely would like to play more shows in the summer and do another tour. That would be a good time to have our merch and our album. We were hoping to have it for this summer, but we wanted to have some more songs and make sure it’s completely what we wanted to put out. I think we’ll probably try to [make] some physical copies. In my mind it’s May, but that’s just a guess. 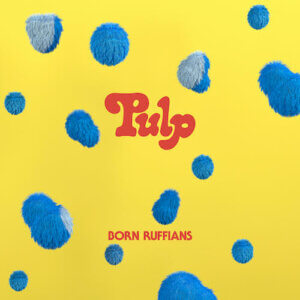 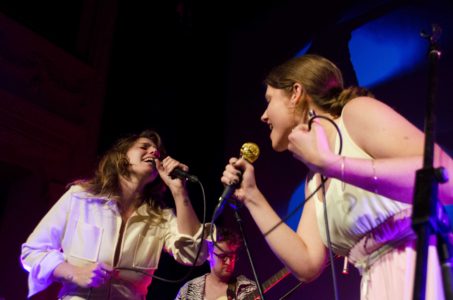