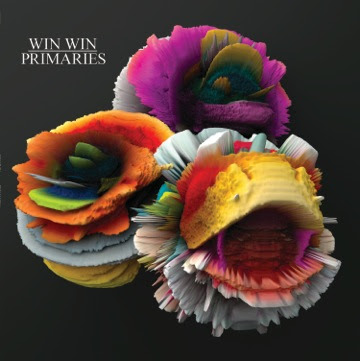 WIN WIN has released their new video for “Been So Long” from the band’s forthcoming album Primaries, out June 30 via Arts & Crafts. The clip, combines colourful 3D technology and natural and human elements.

“The song is about the online space and how virtual things can blur with reality when looking at screens all the time,” explains the band. “For the video, our continued interest in 3D led us to Autodesk’s 123d catch app for iPhone. We had played around with similar 3D capture apps for X-box Kinect, but having an iPhone app sort of puts that technology in your pocket and makes it way easier to capture 3D scenes wherever. We put out a call to our friends to download the app and send us captures. We also took a trip the Museum of Natural History to get some fake nature scenes. The results are 3D objects of real world things, put back “in world,” so to speak.”

The Brooklyn trio also announces a special hometown album launch show on the day of its release at Rough Trade, featuring guests Cookies and dd elle.

“Been So Long” was written by WIN WIN with Jahphet Landis of TV On The Radio and vocalist Courtney Epton, the track finds the close-knit production unit of Alex Epton (XXX¢hange), Chris Devlin, and Ryan Sciaino (Ghostdad) flashing their pop influences through a kaleidoscopic lens. Primaries will be available on limited edition grey-and-black marbled vinyl and digital download on June 30 via Arts & Crafts.