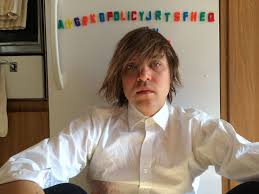 Today, Will Butler officially releases the tracks he recorded earlier this year for the UK’s Guardian newspaper. Will’s debut album Policy plus these five songs—each of which was inspired by a story published in the Guardian, then written and recorded that same day—comprise Policy Deluxe.

A full list of Will’s tour dates is below, including an appearance at the Sasquatch! Music Festival this weekend in George, WA. You can also watch a video of the Will Butler band performing “Witness” last week on Late Night with Seth Meyers.

Will offers this statement about the release:

I love the news. I listen to the news more than I listen to new music. Artistically, I currently care more for craftsmanship than for virtuosity. A newspaper is daily full of fearless craftsmanship—writers working with (hopefully) great precision on hard deadlines. They sign their name to articles—and then have little control over where those articles appear, how they’re edited, or even what the headline will be. Fearless! And the editors—always producing, cutting, re-mixing. I love it.

I wrote each of these songs in one day for the Guardian newspaper. Each was based on a news story from that day’s paper. I wrote the music and lyrics starting in the morning at 7 a.m. I engineered the sessions myself, mixed the song, and then emailed it to the UK at 3 p.m. my time. (For this release, I had the songs properly mixed by Mark Lawson.)

It’s a funny time for recorded music. Weirdly, while hard physical media disappear, the music itself is more permanent than ever—always discoverable, searchable, comparable. Nothing is lost these days—every ephemeral moment captured and stored. All etched in stone instead of vinyl. But it’s etched in a stone that people are driving past at 100 miles an hour. These songs embrace that world. My dream is that as you tear past these songs, some one of them will catch your ear and stay with you. You’ll remember it as some noticeable feature of the landscape of your recently-present world. A world familiar but already far behind.

Will Butler on tour: