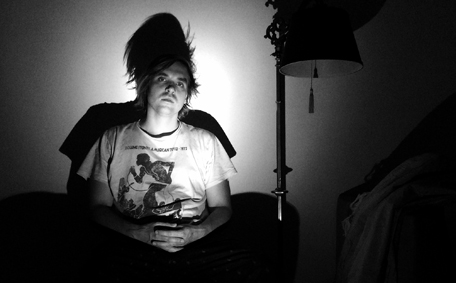 Will Butler has released “Friday Night,” a new video directed by comedian Jo Firestone and starring Will and his family as they take a playful look ahead into the future. Firestone opened for Will on tour last spring and is included on his new live album Friday Night which will be released on vinyl September 9.

Jo Firestone is a comedian and producer based in Brooklyn, NY. She has created and hosts several live shows around the city and also stars in a web series called “Womanhood” with Aparna Nancherla. She was named one of Vulture’s “50 Comedians You Should Know in 2015.” Of the video, Firestone says, “I’m a big fan of Will. His album is incredible. He’s so talented, and on top of that he’s nice—and he’s so talented that he really doesn’t have to be nice at all. I’m certainly not worthy to make music videos for him, but we tried our best.”

Recorded mostly at Lincoln Hall in Chicago on June 4, 2015, Friday Night includes five brand-new songs including the title track, five from his debut full-length Policy, and two songs Will wrote for the Guardian newspaper last year.