Wild Smiles will release their  debut album, Always Tomorrow, on Sunday Best Recordings on October 27th. The trio, comprising brothers Chris and Joe Peden with drummer Ben Cook, will release their new single, Never Wanted This, ahead of the album on August 18th and the band will tour throughout the summer, taking in festival dates.

Hailing from Winchester, Wild Smiles were amazed when their first forays made such a splash. Their 2013 7”, Sweet Sixteen/Tangled Hair, took in elements of Beach Boys surf pop, Velvet Underground drones, Wall Of Sound beats, Jesus & Mary Chain low-fi garage clatter and Nirvana filth. A five-track Wild Smiles EP followed on Geoff Barrow’s Invada label that summer, led by the MBV-flecked Take Me Away, and, in that song’s spirit of escape, the band hit the road for much of the rest of the year, earning their touring chops before going on to sign with Sunday Best.

Wild Smiles then took time out to concentrate on honing their songwriting, determined that every track on their debut album would be a classic. Their sound expanded – the likes of The Ramones, Pulp and Dinosaur Jr crept in. And Chris Peden blossomed as a lyricist. Tracks like the thrash-pop The Gun hark back to past traumas with a previous band; while the free download single Fool For You is “a simple love song.” The album traces a thematic arc of growing up and getting out, the struggles of the debt-heavy, priced-out youth generation. 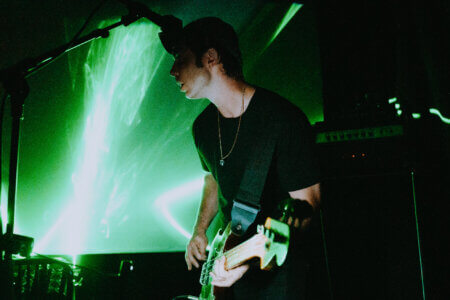