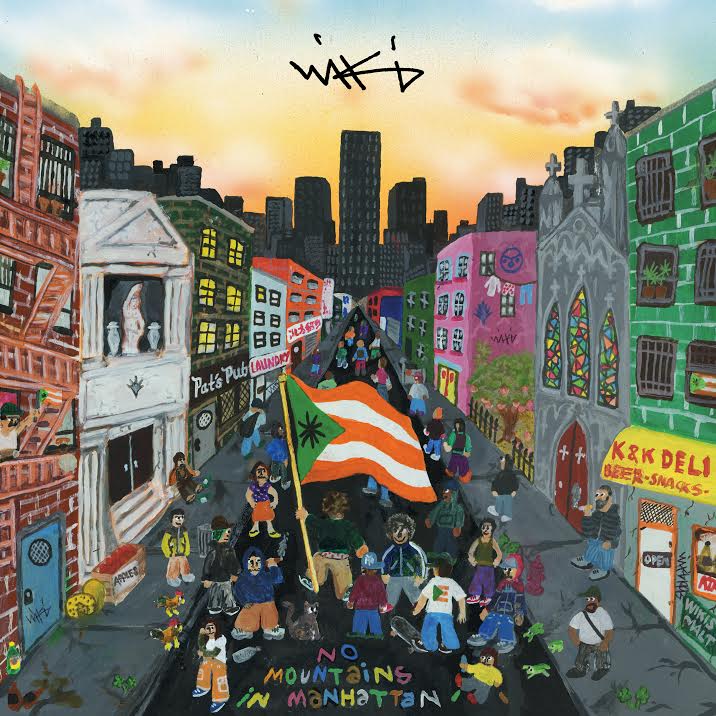 Wiki, is back. His new album No Mountains in Manhattan, the album will be released this Friday via XL Recordings. Wiki is also sharing the album's track list today which features fellow New York natives, both legend and novice, including Ghostface Killah, Lakutis, ACAB, Slicky Boy, Your Old Droog and more. Production credits include Ratking's Sporting Life, Tony Seltzer, Kaytranada, Earl Sweatshirt, and Wiki himself.

To coincide with the announcement, Wiki is also sharing his video for "Mayor." On the new track, produced by Tony Seltzer and Alex Epton, Wiki recounts his journey from "little rapper" to "The Mayor," as his music takes him around the world, but always back to the city that raised him. Directed by Matt Lubansky, the video follows Wiki on an unconventional campaign trail as he lobbies for votes from the people of New York.

No Mountains in Manhattan is a journey through the trials and tribulations of a coming to age experience in New York's most populated borough. Entirely crafted in XL's New York City studio, the album is New York to the core -featuring local emcees, from legend to novice. While Wiki's 2015 mixtape, Lil Me, was a snapshot into the youthful energy of an artist on the brink of adulthood, No Mountains in Manhattan finds the now 23-year- old artist facing his demons head on as he tackles topics such as addiction, relationships, identity, and responsibility. No Mountains in Manhattan is an introspective narrative of Wiki's life over the past year – a narrative that all young adults can relate to- a journey of peaks and valleys, of loss and gain, with a conclusion of understanding.