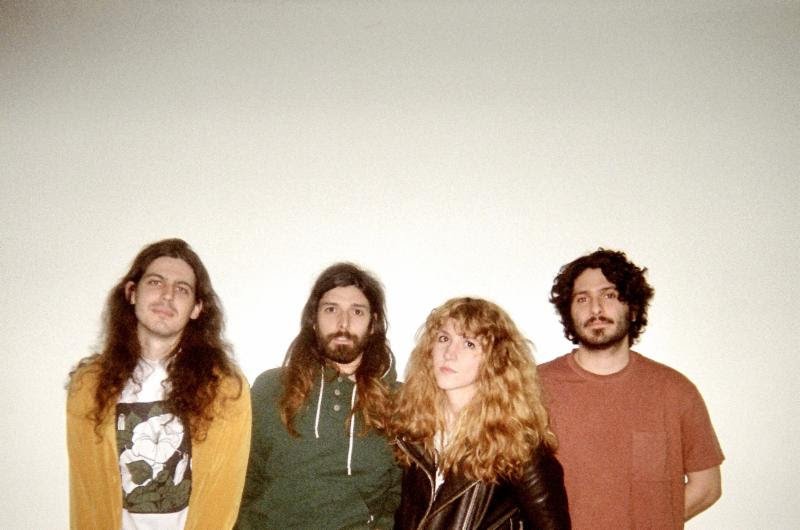 Widowspeak have announced August 25th as the release date, of their new album, Expect The Best, via Captured Tracks. Today the band reveals a video for the first single, “Dog.” Widowspeak’s Molly Hamilton told NPR the song is, “about the compulsion to move on from things and places, even people, when you’re not necessarily ready to. Sometimes, I get caught up in ‘the grass is always greener’ mentalities, or cling to an idea that ‘I’d be happy if…’ and then make a drastic change. Then, inevitably, I feel restless a few months later and it starts again.”

In support of the new album Widowspeak have confirmed a Fall tour that kicks off September 8 at The Great Scott in Boston, MA and concludes at Brooklyn’s Rough Trade on October 13. Along the way the tour stops in Toronto, Los Angeles and Chicago. Widowspeak are also playing in Teulon, MB on July 28 as part of the Ignite Retreats (Real Love Summer Fest).

The album was written while Hamilton was living in Tacoma, Washington after previous stints in upstate New York and Brooklyn. So much moving around, and specifically a move back to the place she grew up, was the catalyst for a record concerned with self-examination and the sense of dread that comes from feeling adrift – a feeling that prevails on today’s single “Dog.”

Expect the Best is the follow up to 2015’s All Yours. While previous albums were conceived as a duo with lead guitarist Robert Earl Thomas, the new LP finds Widowspeak playing to the specific strengths of the current touring incarnation (James Jano on drums, Willy Muse on bass). The album, recorded by Kevin MacMahon (Swans, Real Estate), exhibits a marked increase in energy that reflects the band’s live show and the organic way it was created: by four people in a room together. The band collectively navigate dynamic changes with subtlety and restraint; the nine tracks here reach highs of wide-eyed lushness and plumb the depths of resigned melancholy. Their usual palette of dusty guitars and angular twang are still here front and center, but now with a bit more 90s homage, even if abstractly. The Pacific Northwest influences creep in throughout, as do varying flavors of New York’s legacy, the city the band still partially calls home.

Hamilton says of the album, “In the past I’ve felt compelled to write songs that are more optimistic than I’m actually feeling, as if I could make it true, as if everything in the past was significant or beautiful in a way, even if it was painful. But the truth is that not everything makes sense, and not every day of your life is an experience of clear cut emotional clarity,” says Hamilton. “I struggle with this compulsion to pull away from people, pull away from the things I enjoy doing, and sometimes literally picking up and moving away when I am feeling uneasy and anxious about my future in a given space, physical or mental. Social media these days can exacerbate that as well.”