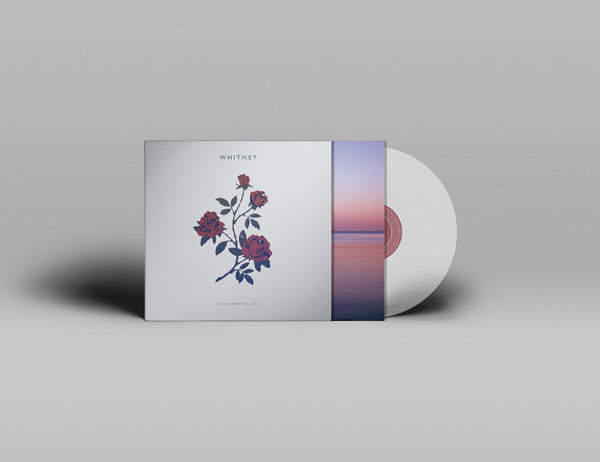 Whitney was born from a series of laid-back, early-morning songwriting sessions during one of the harshest winters in Chicago history, after Ehrlich and Kakacek reconnected – first as roommates splitting rent in a small Chicago apartment and later as musical collaborators passing the guitar and the lyrics sheet back and forth. The duo wrote frankly about the break-ups they were enduring and the breakdowns they were trying to avoid. Each served as the other’s most brutal critic and most sympathetic confessor, a sounding board for the hard truths that were finding their way into new songs like the aforementioned “No Woman.”

In exorcising their demons they conjured something else, something much more benign—a third presence, another personality in the music, which they gave the name Whitney. They left it singular to emphasize its isolation and loneliness. Says Kakacek, “We were both writing as this one character, and whenever we were stuck, we’d ask, ‘What would Whitney do in this situation?’ We personified the band name into this person, and that helped a lot. We wrote the record as though one person were playing everything. We purposefully didn’t add a lot of parts and didn’t bother making everything perfect, because the character we had in mind wouldn’t do that.”

In those imperfections lies the music’s humanity. Whilst they demoed and toured the new songs, they became more aware of the perfect imperfections of the songs, and needing to strike the right balance, they eventually made the trek out to California, where they recorded with Foxygen frontman and longtime friend, Jonathan Rado. They slept in tents in Rado’s backyard, ate the same breakfast every morning at the same diner in the remote, desolate and completely un-rock n roll San Fernando Valley, whilst they dreamt of Laurel Canyon, or maybe The Band’s hideout in Malibu, or Neil Young’s ranch in Topanga Canyon.

Whitney will tour extensively leading up to the release of Light Upon The Lake with Wild Nothing and Unknown Mortal Orchestra.