Royal Trux have shared a video for the tittle-track off their forthcoming release, White Stuff, out March 1st on Fat Possum Records. The single follows on the heels of the recently released “Every Day Swan” and “Get Used To This” (featuring Kool Keith). The clip was directed by Brain Drain Industries, with effects by KHLOARIS.

“It’s funny how the outside world perceives or feels compelled to parse complicated relationships and dynamics…Usually it’s an all or nothing game”, muses the band’s Jennifer Herrema. “This next chapter is just another perfectly aligned bit of kismet. No concerted effort to force anything forward or to create something with an eye on the past. Only an awareness that the present had come calling with a gift to assist the future future of Royal Trux. The true believers that were once strangers found their way into our universe because everybody was ready for it and it simply, as if on cosmic cue, came to be.” 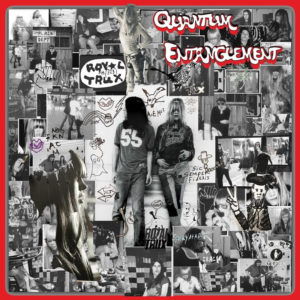