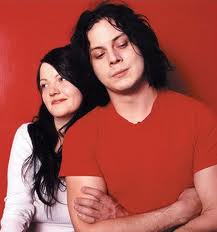 In celebration of the ten-year anniversary of the White Stripes album Elephant, Third Man is releasing a 2 x LP  live set by the White Stripes recorded July 2nd, 2003 at the Aragon Ballroom in Chicago. Titled Nine Miles From the White City, this 26-song, 79-minute, tour-de-force performance is indicative of the absolute explosiveness Jack and Meg embodied at the height of their 2003 touring. Highlights include a rare live performance of Captain Beefheart’s “Party of Special Things to Do”, an especially frenetic “The Hardest Button to Button” as well as the Stripes Christmas tune “Candy Cane Children.” Hearing “Seven Nation Army” in the middle of a set (and not as a closer or encore where it would soon find itself for the remainder of the band’s career) is a quaint reminder of the inauspicious beginnings of the future stadium anthem.  The crystalline soundboard recording is best experienced through the impromptu, off-the-cuff performance of a song written on-the-spot that would be come to called “Little Cream Soda.” The song would be re-discovered (via an audience recording) by Jack and Meg during the recording of their album Icky Thump, dusted off and recorded for what would become the White Stripes final studio album.