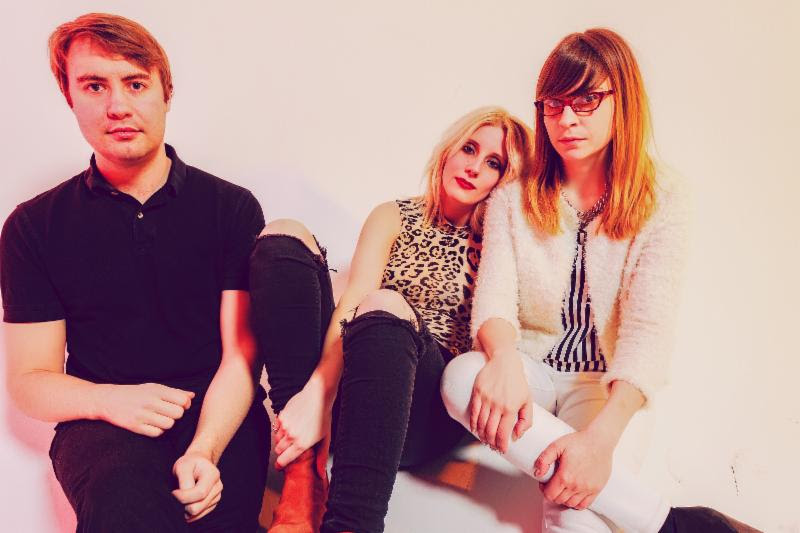 Ahead of the release of their forthcoming album, Paradise, on May 6th, White Lung has unveiled their video for single “Below.” “This is my Stevie-Nicks-meets-Celine Dion ballad,” said lead singer Mish Barber-Way. “I needed to try to do a ballad about glamorous women. It’s based on a quote by Camille Paglia, from an interview she did a few years ago in Toronto. ‘Beauty fades. Beauty is transient. That is why we value it,’ she said. ‘Feminism’s failure to acknowledge that beauty is a value in itself, that even if a woman manages to achieve it for a particular moment, she has contributed something to the culture.’ It’s a song about the preservation of glamour and beauty.” The music video stars AnnaLynne McCord along with other Marilyn Monroe look-alikes.

The video was directed by Richard Bates Jr., known for his films Suburban Gothic and Excision. Bates said of the video, “White Lung plays for an audience of impersonators who come to the realization that they’ve betrayed themselves in the pursuit of fame. “Below” is a love-letter to influential female artists from the past. Our video serves to reinforce the notion that what makes an artist special cannot be manufactured.” Both AnnaLynne McCord and Mish Barber-Way appear in Bates’ most recent film Trash Fire.

For the making of Paradise, vocalist Mish Barber-Way, guitarist Kenneth William and drummer Anne-Marie Vassiliou reconnected in Los Angeles to work with producer Lars Stalfors (HEALTH, Cold War Kids, Alice Glass). White Lung spent a month in the studio, working closely with Stalfors to challenge what could be done with their songs. “I wanted a record that sounded like it was made in 2016”, said William. Mixed by Stalfors and later mastered by Joe LaPorta.