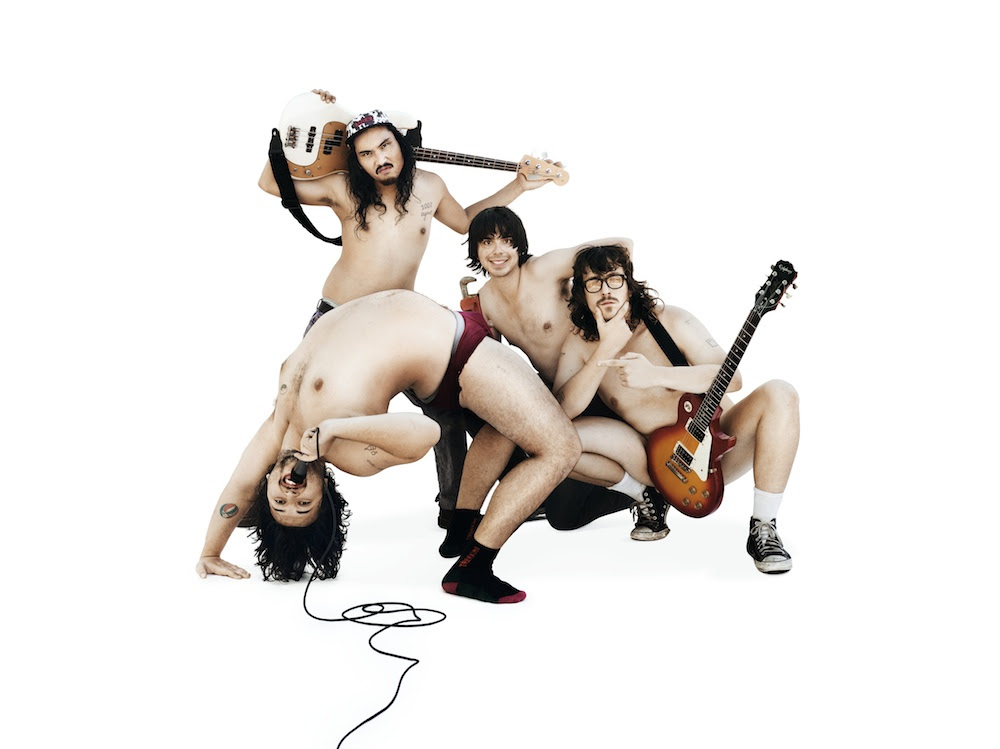 White Fang release their new album Chunks, on October 30th via Burger Records. The full-length was produced and engineered by Bobby Harlow (The Go) who became an instant fan for life after seeing them at SXSW this past year. To quote Bobby: “WHITE FANG played the HEAVIEST, TIGHTEST most HILARIOUSLY AWESOME SHOW that I saw all week at SXSW. Those four ‘Chunks’ tripping on acid utterly buried every rock band under an avalanche of mind meltingly badass Punk? Rock? Garage? Fuck knows. It was devastatingly cool.”

White Fang’s current single, “Bong Rip,” debuts today, with a video directed by Workaholics’ Kyle Newacheck. Chris Uehlein aka Unkle Funkle from White Fang describes the video shoot: “We invited all of our burnout friends and fans to come smoke tons of pot with us in our record store and office/recording studio. The only rule was that if you hit the weed, you had to be filmed doing so. Kyle’s brother Adam brought a drone to attach a camera to for those sweet aerial shots. Our friend Davey engineered a Bongñata out of cardboard and tissue paper. My older brother Kevin showed up in a luchador mask. Our friend Nicky drank some bong water. By the end of the shoot everyone was pretty stoned and drunk so we all took a nap.”

White Fang will tour in support of Chunks beginning later this month in Australia with more shows to be announced soon. A full list of dates is below.