“What a Time to Be Alive” by Superchunk 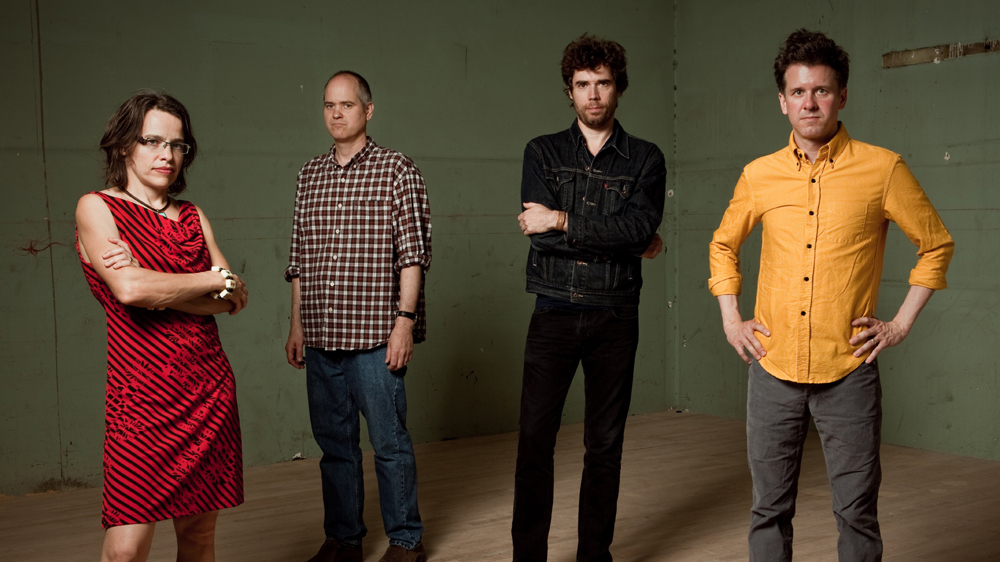 Superchunk will release What a Time to Be Alive, on February 16th, 2018, the band’s first album in over four years. “The album is about a lot of things of course but mainly dealing with anxiety and worse in the face of incipient authoritarianism.” It’s a record, says Mac, “about a pretty dire and depressing situation but hopefully not a record that is dire and depressing to listen to.”

The urgency of current events after the demoralizing 2016 election gave Mac, Laura, Jim, and Jon the momentum to make something new sooner rather than later. “It would be strange to be in a band, at least our band, and make a record that completely ignored the surrounding circumstances that we live in and that our kids are going to grow up in.”

Indeed, like so much of Superchunk’s music in the band’s nearly three decades together, the songs on What a Time to Be Alive meet rage and anxiety head-on with the catharsis and exhilaration of loud punk fire and vulnerable pop energy. Like 2013’s I Hate Music, which focused on death, loss, and the role of music in an aging life, the new record brings spirit to the frontlines of pain—it’s as defiant as it is despairing, as much a call to arms as a throwing up of hands.

Written almost entirely between November 2016 and February 2017, What a Time to Be Alive was recorded and mixed by Beau Sorenson, who also worked on I Hate Music. The record also features more guest backing vocalists than any previous Superchunk album, including Sabrina Ellis (A Giant Dog, Sweet Spirit), Katie Crutchfield (Waxahatchee), Stephin Merritt (The Magnetic Fields), Skylar Gudasz, and David Bazan. “Part of that was wanting a feeling of community,” says Mac. “I think that’s important to not be completely bummed out about everything all the time.”