Today, Sweet Valley, the electronic music duo consisting of Wavves frontman Nathan Williams and his brother Joel of Roshi’s Garden, is back to share a new video. “Wet Suit Jinx” follows the recently released “Hit and Run” as the latest taste from the group’s forthcoming album Eternal Champ II. The new track continues Sweet Valley’s use of video game sounds in their music and is accompanied by a visualizer created by Joel. Eternal Champ II is due April 20th via Ghost Ramp. Recently, the group released the original Eternal Champ on vinyl for the first time.

Sweet Valley is a blood pact between two brothers, gone awesomely off the rails. The beat making project from Nathan (of Wavves) and his brother Joel Williams is an outlet for their instrumental hip-hop mixtapes that are video game soundtrack-inspired, thick with samples, and a little sunburned. 2012-2014 saw several drops from the duo via Fool’s Gold Records, including the cult favorite Eternal Champ. They rise from the grave to release it’s conceptual sequel, Eternal Champ II, on Nathan’s label Ghost Ramp on April 20th. 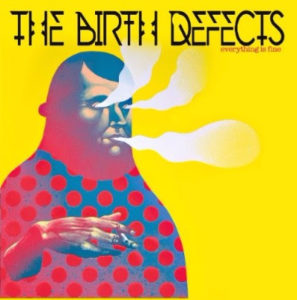 “Yolf” by The Birth Defects