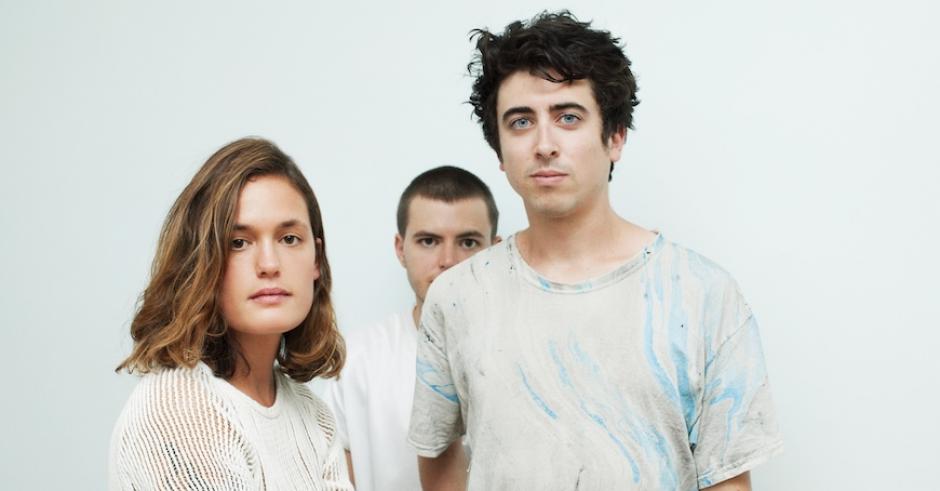 Wet, has set a release date for their debut album Don’t You, due for release January 29th. The LP will be released digital, physical, and vinyl. The album’s evocative new single, “Weak”. The track is also available on 7 inch vinyl.

The new single “Weak” which premiered yesterday is a lush, poetic song that showcases lead singer, Kelly Zutrau’s haunting vocals. For this track, Wet was joined by several musicians including Nat Baldwin of The Dirty Projectors (upright bass), Kelsey Lu McJunkins (cello) and Marques Toliver (violin). Indicative of Wet’s archetypal ability to meld the personal and universal, “Weak” is among 11 tracks on the upcoming debut effort, Don’t You. The album was recorded in a rented house in the wooded confines of Hadley, Massachusetts where the band’s songwriter/vocalist Kelly Zutrau (a Boston native) attended summer camp as a child.

Direct off a three week residency in the UK, Wet will be bringing their intimate, signature sound to a 23 city North American tour this fall, supporting Canadian singer/songwriter Tobias Jesso Jr. The trek kicks off next Tuesday, September 29 (see dates below) in San Francisco’s historic venue The Fillmore, and runs through the month of October, with performances scheduled in major cities such as Seattle (10/2), Chicago (10/8), Toronto (10/9), two shows in their homestead of Brooklyn, NY (10/14 – 10/15), Nashville (10/20), and Dallas (10/24), among others, before making their way back to California at Hollywood’s Fonda Theatre on Halloween Eve, October 30.

Wet is comprised of the enigmatic Zutrau and multi-instrumentalists Joe Valle and Marty Sulkow.

Wet met through mutual friends as college students in New York City in 2007. After a few years of informal collaboration (Zutrau came to New York to study painting), they didn’t declare their official musical intentions until the summer of 2012. After releasing a few songs on SoundCloud, including the track “Don’t Wanna Be Your Girl,” the band began attracting a loyal following.