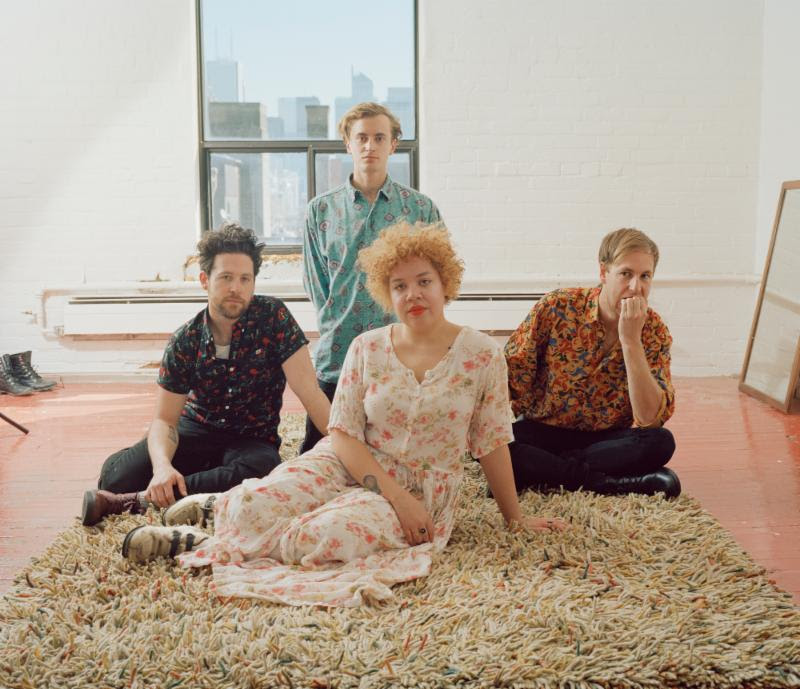 Weaves’ have premiered their latest single “Coo Coo” from their debut full length. Weaves’ self-titled LP, due out on June 17th via Buzz/Kanine/Memphis Industries.

Jasmyn Burke: “This one came together relatively quickly but it’s really grown on us as a band as we’ve played it live. We recorded it off the floor with very few overdubs as we really feed off of each other when we play it in a live context, so we tried to capture that in the recording. The song sort of just fell out of me. I had been frustrated with a person who had been in and out of my life for many years and I finally decided to cut them out for good. I’ve always been attracted to a bit of a wild man, a nomad or lost soul of sorts and after a fight one night I just went to the studio and this sentiment started spewing out. I think when you’re in the thick of a tumultuous relationship sometimes you think you’re the one for them but then the next moment you don’t know what’s going wrong or how you’re really feeling. So for me Coo Coo was about looking back and also letting go. I was sort of laughing at my time spent jumping in and out of some sort of 10 year rendezvous that was leading to nowhere because I don’t think we ever really wanted it to work. I mean, where would be the fun in that?”

Weaves have been working on the album for almost as long as they have been a band, tracking with Leon Taheny (Dilly Dally, Owen Pallett, Austra) in sessions that span most of the last two years. Mixed by Alex Newport (Death Cab for Cutie, Melvins, At The Drive In) and mastered by John Greenham (Death Grips, Sky Ferreira), the result is an album that traverses the band’s history, exploring every facet of their always adventurous approach to pop music and leaving no idea unexplored. Filled beyond bursting with hooks and possibilities, it’s the sound of a band propelled forward by the thrill of discovering the limits of their sound and gleefully pushing past them. “We’re always trying to push ourselves,” says Waters, “sometimes it feels like bands aren’t necessary, like they’re not the one’s pushing music forward, so I think we’re trying to hopefully prove that bands aren’t boring. If we are going to be a band and if we are going to do this guitar, bass and drums thing then we might as well see how much we can fuck it up.”