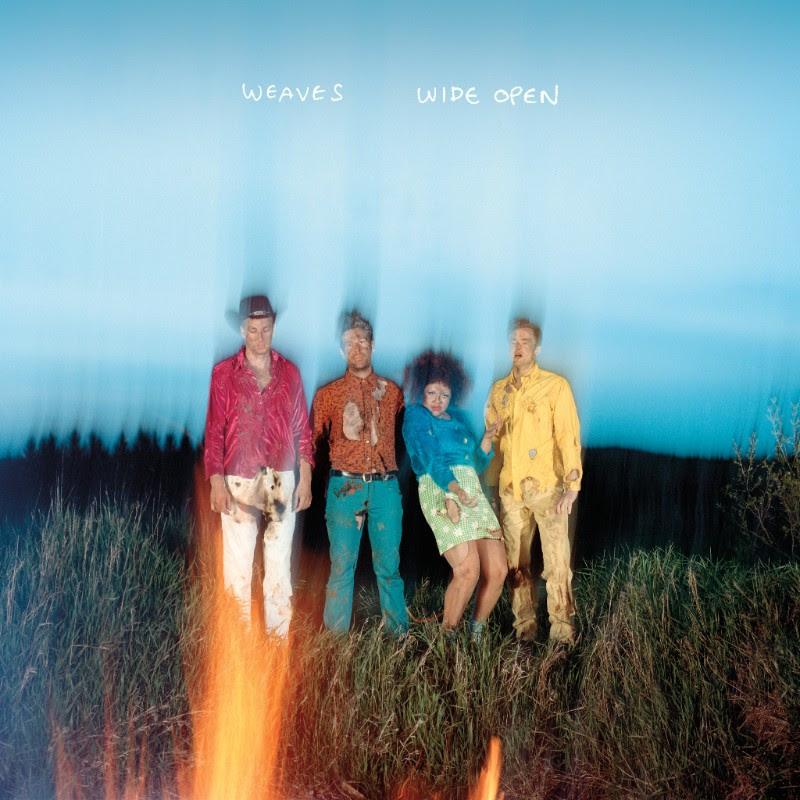 Weaves have shared their new single “Walkaway,” the second single, of the band’s forthcoming release Wide Open, out October 6th on Kanine/Buzz/Memphis Industries Described by singer Jasmyn Burke as “a song about empowerment and finding light in the darkness.”

“This is a reflective song in tone and at the time I wrote it I was stuck in a moment of having to make a decision to stay or leave an unhealthy situation,” says Burke. “It’s okay to admit that we’re vulnerable and having a hard time and sometimes you have to just walk away.

“On this album I wanted to be less afraid to use my voice. I am a confident women, but I’m also a human and often vulnerable. We’re all capable of self-destructive behavior and sometimes we can lean towards being pushovers within our relationships, communication and commitment, but it’s important to push back, respect yourself and not stay stagnant out of fear.”

The video was directed by the band’s guitarist, Morgan Waters, and was shot at the same time as the album’s cover, which Burke says was inspired by the iconic final scene in the film Heathers, and ties in thematically with both the song and the album as a whole.

“We shot the video and the album cover at the same time, and it makes sense to me to tie those images to this song, as, like a lot of this record it’s about personal agency and finding your way in difficult times.” she says. “There’s this fire and destruction surrounding us on the cover, which was initially inspired by the scene in the movie Heathers where Winona Ryder’s character stops her ex-boyfriend from setting off a bomb in the boiler room of the high school. She is covered in soot and blood, and she’s smoking a cigarette, as she re-enters the school with a new found clarity — she doesn’t want to try and fit in or be perfect anymore. I like that sentiment.”