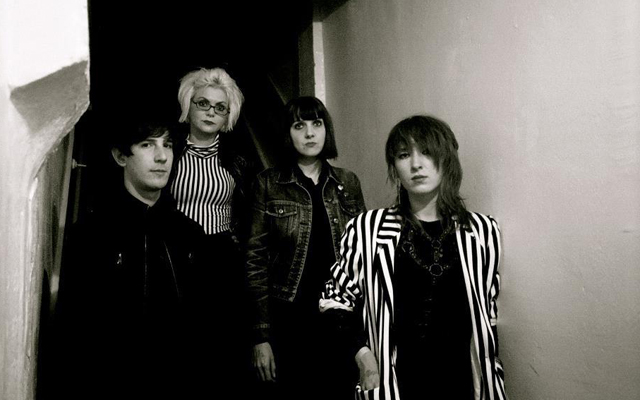 Compared to Wax Idols’ debut LP No Future (a raw, hook-heavy punk effort written and recorded primarily by Fortune in 2010/2011 and released on Chicago’s Hozac Records), Discipline & Desire is more a group effort as the band — Jen Mundy (rhythm guitar/vocals), Amy Rosenoff (bass) and Keven Tecon (drums) — contributed to the recording and writing process. Fortune dedicated herself to this record for over a year and the band were right there with her, playing with pattern, melody and stretching themselves beyond the comfort of unassuming hooks and into a darker, new wave territory. Discipline & Desire was produced and engineered by Monte Vallier (of Half Church and Swell) and co-produced by Fortune. Mark Burgess (of the British outfit The Chameleons) worked alongside Wax Idols & Vallier as an extra pair of ears and even played bass on the album closer “Stay In.” Together they’ve crafted an album that’s sleek and focused without being slick, and dark and intense without being at all humorless.