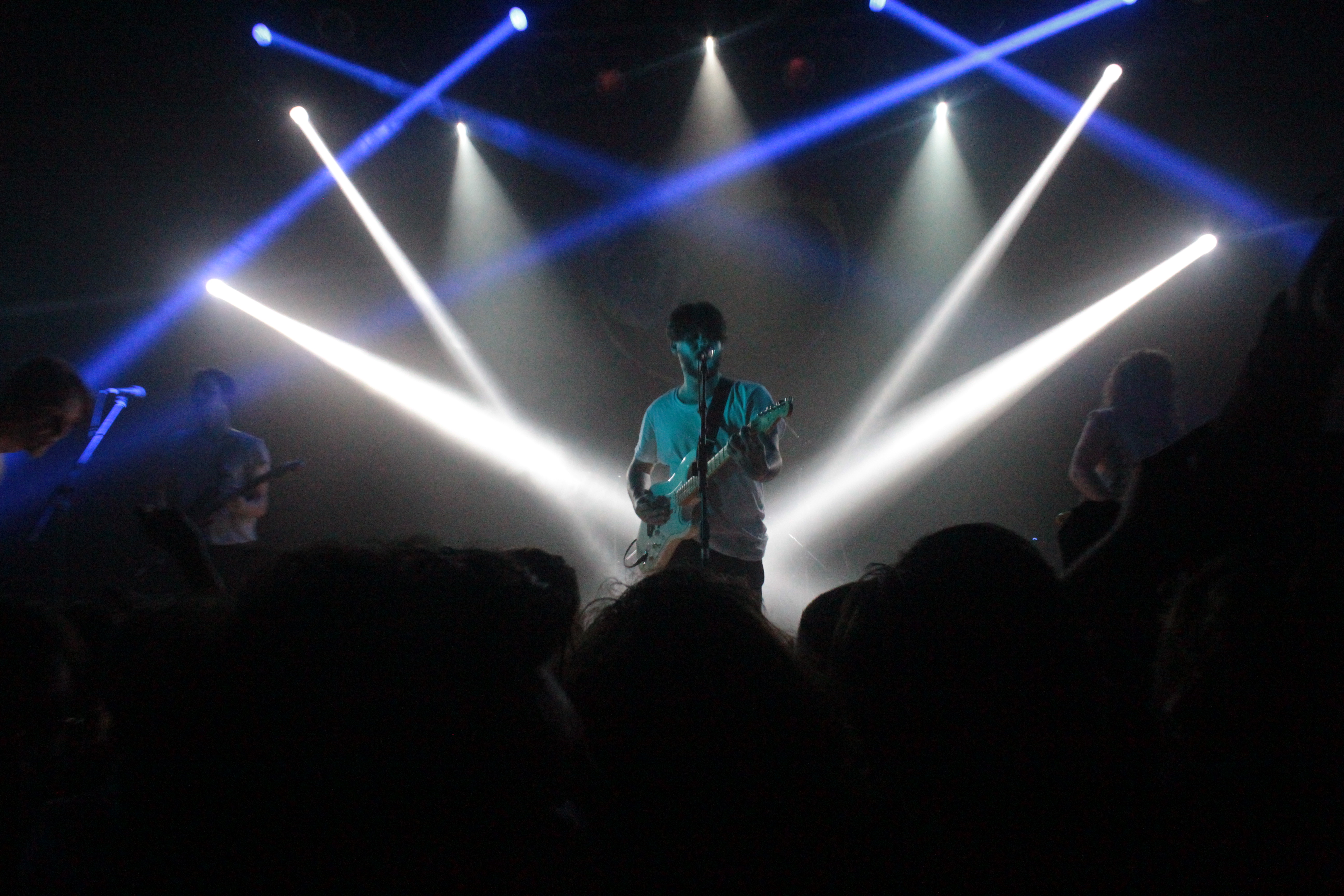 I started listening to Wavves in my first year of university. It was a moment in time where I was depressed in the same way most kids are when they’re 19. No one likes me. My friends hate me. I’m angry. I’m bored. I’m so alone. Blah blah blah life sucks. I really shouldn’t have been all that surprised when I walked up to the Opera House and see a giant mob of kids under 20. Generation-Y at it’s finest, and hippest.

It felt like the oldest dudes in the room were the openers, Steep Leans, who’s brand of dark, moody surf-rock kicked off the show. At the end of the set, some dude yells “Free Bird!” from the crowd. The band seemed more surprised at the idea that someone’s actually making that joke. A girl in front of me is in a misfits top that she modified herself. At one point I hear a kid talking about how star struck he was when “the guy from Wavves” walked by. These are the bands that are getting these kids through high school.

Seeing Twin Peaks hanging around the venue, it can be a bit difficult trying to tell them apart from their audience. Probably best described as five young dudes, it’s impossible to watch their set and not see how much fun they’re having. The crowd responding well, they dig up some new material but were sure to close the set with the staples: “Flavour”, “Making Breakfast” and “Strawberry Smoothie”.

By the time Wavves actually gets on, the kids in the crowd are antsy. My expectations were a bit low considering the last time I saw them the band seemed bored and uninterested in the performance. Tonight was a pleasant surprise. Opening with the ripper, “Sail to the Sun”, they essentially lit the fuse to the crowd’s powder keg of youthful abandon. There were crowd surfers aplenty. One happened to jump directly over me in a cannonball style, pretty much smashing into whoever was unlucky enough to break his fall. Despite the frenzy going on in front of them, the band keeps their performance pretty tame, leaving all the antics up to their audience. There was a sort of roar coming from the pit as they sang along to songs like “Green Eyes” or “Idiot”, and the band’s new material was taken to like free Urban Outfitters gear. Williams seems in a better mood than normal as he tells the crowd they’re going to skip the call for an encore and just keep playing.

Being an older guy at a show, it can be a bit too easy to write off any younger kids as bratty or entitled. At the end of a set, one wide-eyed kid in a freshly purchased Wavves shirt ran up to take a selfie with Williams. To my delight, he was shoved into the crowd by a stagehand before he had the chance. Considering Williams has pushed fans offstage before, one can’t help but wonder how he feels that his music connects to a bunch of attention-starved 15-year-olds.

Like it or not, it’s the music of its time, and I’m just as guilty of falling into it as the rest of them. A rallying cry of “my life is stupid”, and a mob of kids returning to their bedrooms to smoke weed. Punk rock (or something like it), that was once an angry cry at a system that ignored it, is now a soundtrack for licking its own wounds. Nathan Williams is the bored, stoned, teen idol that we all deserve. It’s as much my fault as it is any of those kids trying to take the stage.