Wavves At Lee’s Palace in Toronto 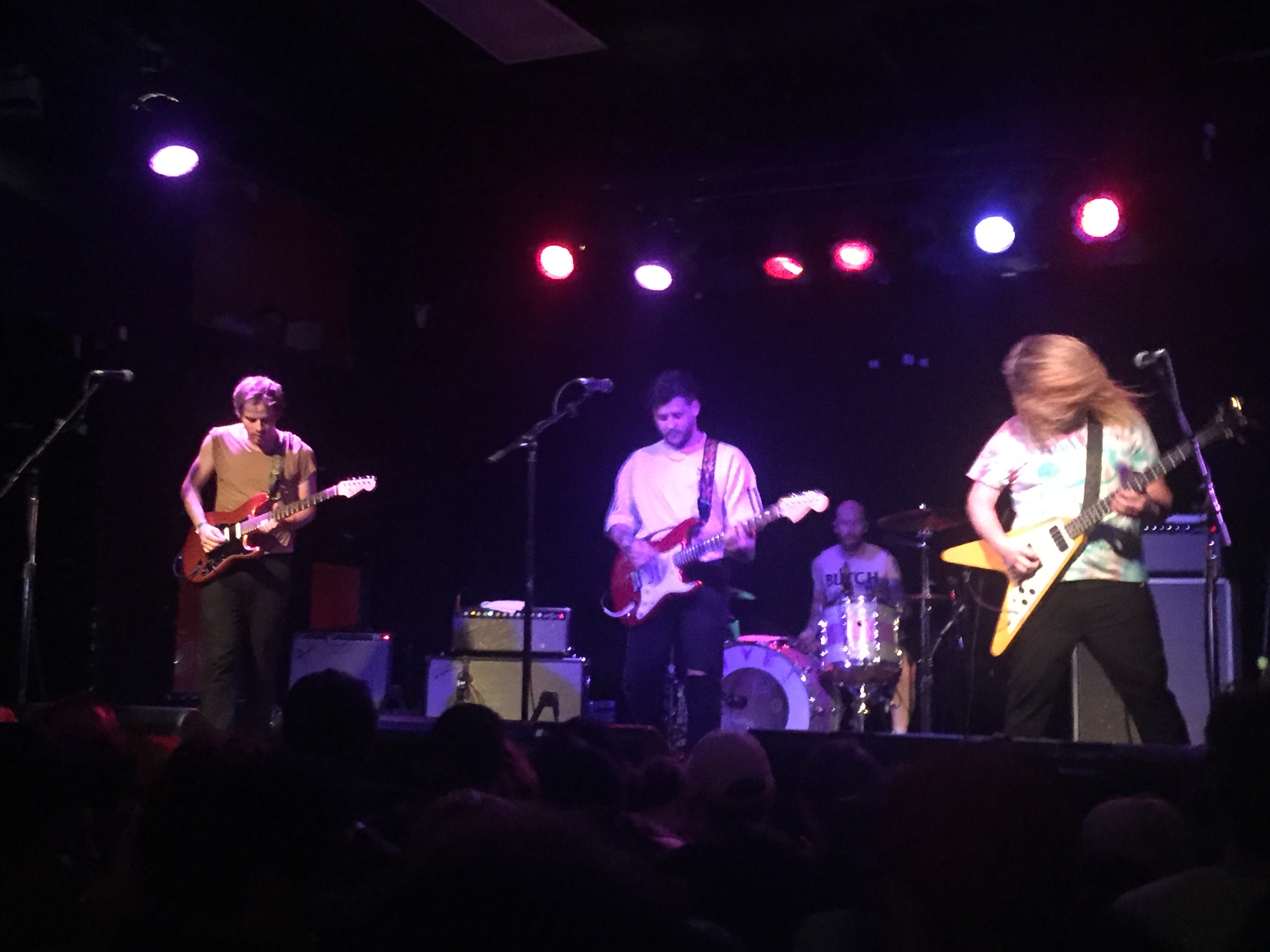 Last night, Wavves played a quick, but potent set to an adoring Toronto crowd at Lee’s Palace. It was a special night, as the California natives release their new album, You’re Welcome, today. That being said, Wavves still offered a healthy mix of new and old material, making sure to please the crowd with some important hits, while creating intrigue around their new stuff.

The concert began on a humorous note with lead singer and guitarist, Nathan Williams, walking on stage yelling into the microphone, “Thank you, Hamilton,” a mistake clearly made on purpose. They opened their set with a long, nonchalant intro before breaking into “Too Much,” off their 2015 album, V. The crowd tightened and started bouncing in a whirlwind of hair and limbs.

A couple songs later, the band played one of their classics, “King of the Beach,” off their 2010 album of the same name. The song is very representative of the band’s ability to be melodic and yet still harness a raw, piercing sound. Also, it was “King of the Beach” that ignited a trend of crowd surfing, which is only fitting for a surf rock concert.

Wavves would play a slew of some older material next, starting with “Idiot,” also from King of the Beach, followed by a track off No Life For Me, a collaborative album made with Cloud Nothings in 2015. Before playing a new song, they slowed it down slightly for an obvious crowd favorite, “Afraid of Heights,” off their breakthrough album of the same name. The crowd echoed Nathan’s words (“I’ll always be on my own”) as he extended the song for a few more repetitions of the chorus.

“Daisy” was the first song Wavves played off their new album, offering a quick beat and bouncy guitar riffs. Next, they played “You’re Welcome,” the title track, which is more of a slow, rolling song that culminates in a simple but ultra-catchy chorus. The band then went on to play popular singles, “Animal” and “Million Enemies” before ending their set, with an obvious encore looming.

Wavves came back out quick and banging, playing “Post Acid,” dipping into King of the Beach once again. It was perhaps the pinnacle of the night, and it seemed like the band shared in the audience’s excitement. Finally, Wavves closed out the night – for real this time – with a faster, heavier rendition of “Green Eyes.” It was a loud, melodic evening, and Wavves did not disappoint. The band’s newest album, You’re Welcome, is out now.