WAVVES debuts video for “Way Too Much” 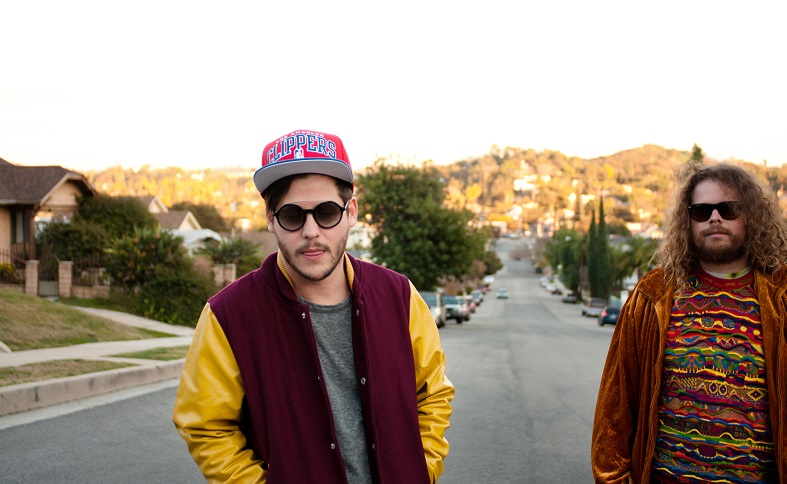 Prior to the release of their fifth studio album, V, Wavves is sharing the music video for “Way Too Much”. Directed by Jack Wagner, the video was shot at an Underground Empire Wrestling event and depicts the violent world of professional wrestling.

V is due out October 2nd through Ghost Ramp / Warner Bros. Records and the band just played two hometown shows in Los Angeles before hitting the road for a full national tour that runs through October. CD and Vinyl bundles are available for pre-order here and digital versions of the record can be purchased through iTunes.

Inspired by their personal experiences with agoraphobia, sleepwalking, teeth grinding, time wasting, night terrors, toxic relationships, Web MD, and fucking up while trying to be better people, Wavves’ fifth full length studio album V sees the fuzzy LA noise pop outfit move into more mature, slightly hopeful territory, as they recognize that the momentary nihilism caused by their wicked hangover will soon end, thereby creating room for more and hopefully less wicked hangovers. “It’s not happy music, not at all,” singer Nathan Williams assures, “but it’s inspired by learning to be happy about the shittiest lows, trying to express a realistic optimism in the knowledge that nothing is ever going to be perfect, and there will always be some fucked up shit in your life…but you can have a positive outlook on it, if you want.” Hook-heavy and scrappy as ever, V is watershed album for Wavves on both a personal and musical level, wearing its bruised — but humbled — heart very much on its sleeve.

Featuring the previously released “Way Too Much” and “Flamezesz”, the 11-track LP was recorded in Los Angeles with the help of producer Woody Jackson (Daniel Johnston, Primal Scream, Tenacious D, Money Mark and Beck), who took the band’s trademark distorted no-fi into crisper, even more visceral territory while still remaining true to their 90s influenced roots, which stem back to 2008 when Williams created two albums’ worth of work using ’80s Tascam cassette recorder and Garage Band software. The last seven years saw Wavves grow from bedroom experiment into Billboard Top 100 ranking four piece featuring Alex Gates (guitar, backing vocals), Stephen Pope (bass guitar, backing vocals) and Brian Hill (drums), all of whom contributed to the writing of V, which is set for an October 2nd release through Ghost Ramp/Warner Bros. V marks the high point in an exceptionally busy year for the band-2015 has seen an LP collaboration with Cloud Nothings’ Dylan Baldi, a GZA collab with Williams’ side project Sweet Valley called “Planetary Energy”, and releases by Courtney Love and Spirit Club (his side project with brother Joel Williams and Jeans Wilder) on Williams’ Ghost Ramp label.

The band’s first solo album since 2013’s Afraid of Heights, the songs on V were inspired by a dark and epic Waiting for Godot-esque idle stretch of around eight months that occurred in between the end of the Afraid of Heights tour and the recording of V. Caught in a creative and emotional stasis, the band had “way too much time on their hands”, leading to the kind of bored, compulsive partying that was no longer about having fun, but about “just drinking, straight drinking,” with 100 beers and two bottles of Jameson the per night band norm. Bassist Stephen Pope developed a mild agoraphobia, and became scared to leave his bedroom. “I would order pizza almost everyday and hide in my room and pee in a bottle like in ‘The Aviator'”.