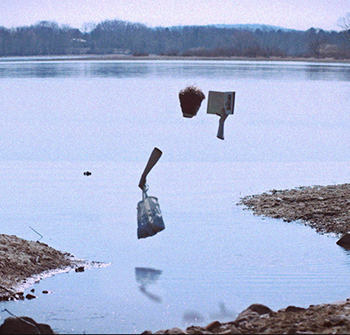 Mutual Benefit release their new debut album, on May 20th via Mom+Pop. “Skip a Sinking Stone acts as a portrait of growing up”.

Recently, Mutual Benefit released the new single “Lost Dreamers” and announced its accompanying Lost Dreamers Contest, where fans share their dreams via the Lost Dreamers website, ultimately resulting in an animated Mutual Benefit dream journal. Today, Lee shares the “Lost Dreamers” video, directed by Ethan Samuel Young. Influenced by themes of surrealism from Chris Van Allsburg’s Being There, Rene Magritte’s Spirited Away and Beth Hoeckel’s The Insider, the video is a glimpse into a fantastical vision of tranquility where elements of New York City and its residents are disconnected from their bustling environment and placed into a serene natural space.

Mutual Benefit kicks off his European tour next week and will tour North America late spring. The aforementioned Lost Dreamers Contest is currently underway and runs until May 2nd – 30+ dreams have been submitted thus far. All dream submitters will be receiving two acoustic versions of songs off Skip a Sinking Stone.