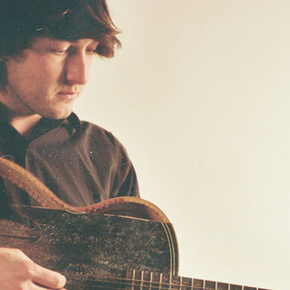 Today, Mikal Cronin premiered the new video for “Peace of Mind” from his Merge debut MCII. Directed by Lara Gallagher and starring Mary Timony (Wild Flag, Helium), the video follows a day in the life of a hotel maid.

You can Watch the “Peace of Mind” video now above.

The Mikal Cronin band have announced three new tour dates in December. And, if you missed it, watch Mikal Cronin perform “Change” on CONAN.

Mikal Cronin’s self-titled debut from 2011 was all about endings: the end of college, the end of a serious relationship, and the end of his time in Los Angeles, where he grew up. So it’s no surprise that his sophomore release MCII-and first disc for Merge Records-is all about new beginnings.

Recorded in late 2012 by Eric Bauer at Bauer Mansion in San Francisco (except for “Don’t Let Me Go” which was recorded by Cronin at home), MCII includes guest appearances by K. Dylan Edrich (viola and violin on “Weight,” “Peace of Mind,” “Change” and “Piano Mantra”), Charles Moothart (drums on “Change” and “Turn Away”), Ty Segall (guitar solos on “Am I Wrong” and “I’m Done Running from You”), and Petey Dammit (slide guitar on “Peace of Mind”).

Other than these few exceptions, Cronin played all of the instruments. “It all makes total sense to me, but when I step back, it sounds kind of schizophrenic,” Cronin says. “Hopefully it all sounds enough like me to make sense.”