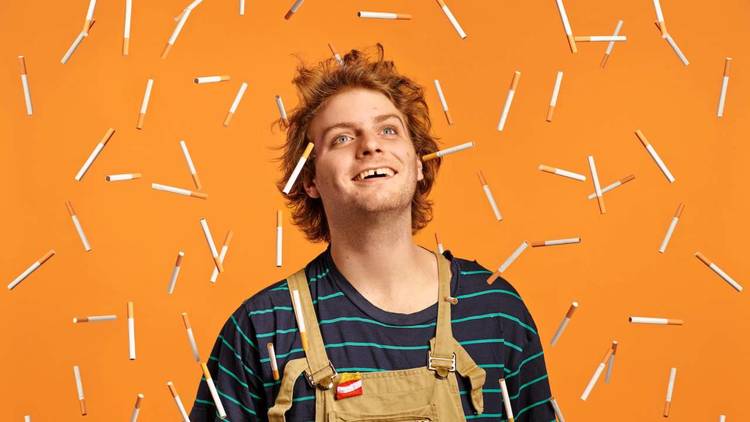 Following the release of his critically hailed debut LP “Psychic Lovers” on Captured Tracks this spring, Danish singer-songwriter Dinner – aka new Los Angeles transplant Anders Rhedin – is about to head back out on tour through UK and Europe this month.

To herald the momentous occasion, Dinner has made a video in which he hypnotizes his Captured Tracks labelmate, Mac DeMarco. Recorded in LA, Rhedin met to talk about touring, partying and transcendence, after which he hypnotized Mac “to introduce him to a different kind of mental quiet”.

And of course, be sure to catch Dinner when they play their live dates, including a show at the Lexington in London on the 23rd.

“Psychic Lovers” is out now on Captured Tracks.