Watch a live video from Tortoise 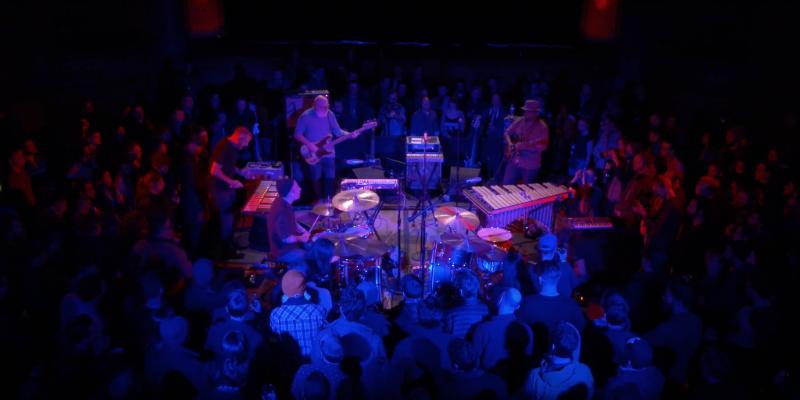 Tortoise are set to embark on their first major North American tour in support of their new album, The Catastrophist, just out on Thrill Jockey Records. In anticipation of the tour kick-off, Tortoise are sharing a special live video of the band performing “Shake Hands With Danger,” a hypnotic, bass-and-beat album highlight, filmed at the band’s in-the-round album release shows at Thalia Hall in Chicago this past January. The video offers up a rare and special experience to watch Tortoise re-create the sonic textures represented throughout their albums in a live setting.

Comprised of multi-instrumentalists Dan Bitney, John Herndon, Doug McCombs, John McEntire and Jeff Parker, Tortoise will kick off the first leg of their extensive North American tour this Wednesday in Minneapolis at the Cedar Cultural Center, taking them all across Midwest, Northeast, and Southwest. They’ll head back out in late April to the West Coast and southern US, before heading back to Europe this summer. Tortoise kick off their tour on March 9th in Minneapolis, MN.