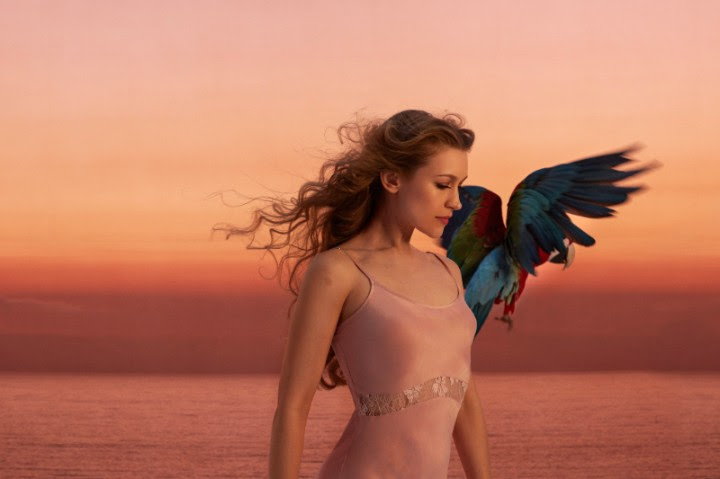 Joanna Newsom has been diving with increased range and radius since releasing her gorgeous, ever-revealing Divers on Drag City last fall. This year alone, the wholly exceptional songstress already took her unparalleled live show to Australia, Japan and Europe. And now, all those patient west-coasters are finally getting their due. Beginning next Friday, the Divers tour will lift off with two nights at the Orpheum Theatre in Los Angeles, before venturing all over the as-yet-unDiversed region.

But first, Joanna returns to the small screen! Yes, tonight, Wednesday, March 16th, Joanna will both perform AND be a chat guest on Late Night with Seth Meyers giving viewers from coast-to-coast the chance to savor her ever-intricate measure and pluck of the harp. If Joanna’s recent interview on Larry King Now and performance on The Late Show with Stephen Colbert are any indication, this is not to be missed television.