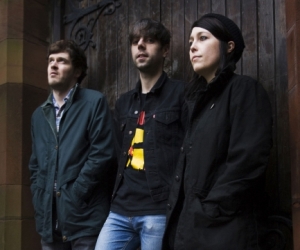 Belfast-based four-piece Girls Names are a singular proposition, both geographically and psychically removed from their contemporaries at home and abroad. Released on March 12, their second album The New Life is the sound of a band on the fringes striving to forge their own path, purposefully out of step – and time – with their surroundings. Weighed heavy with the grey landscapes of their hometown, The New Life is isolation laid bare, shot through with an undeterred sense of purpose and individuality. Watch their haunting new video for “Hypnotic Regression” Featuring model, Jordann Ebbitt, and directed by Nick Thompson.