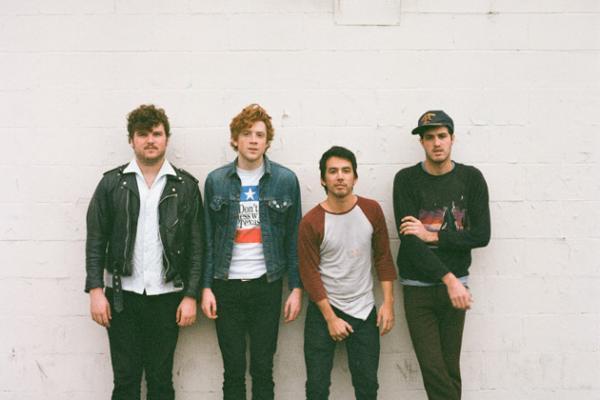 In case you missed it, last night FIDLAR performed “West Coast” on Conan.

FIDLAR is Zac Carper (guitars/vocals), Elvis Kuehn (guitars/vocals), Brandon Schwartzel (bass), and Max Kuehn (drums). Since forming in 2009, FIDLAR quickly became one of the Los Angeles music scene’s most celebrated live acts thanks to their raucous live shows, which often concluded with the majority of audience members joining the band on-stage. Since formation, the band has toured the world and played with The Pixies, The Hives, Black Lips, OFF!, Jeff The Brotherhood, The Orwells, Wavves, The Delta Spirit and more.