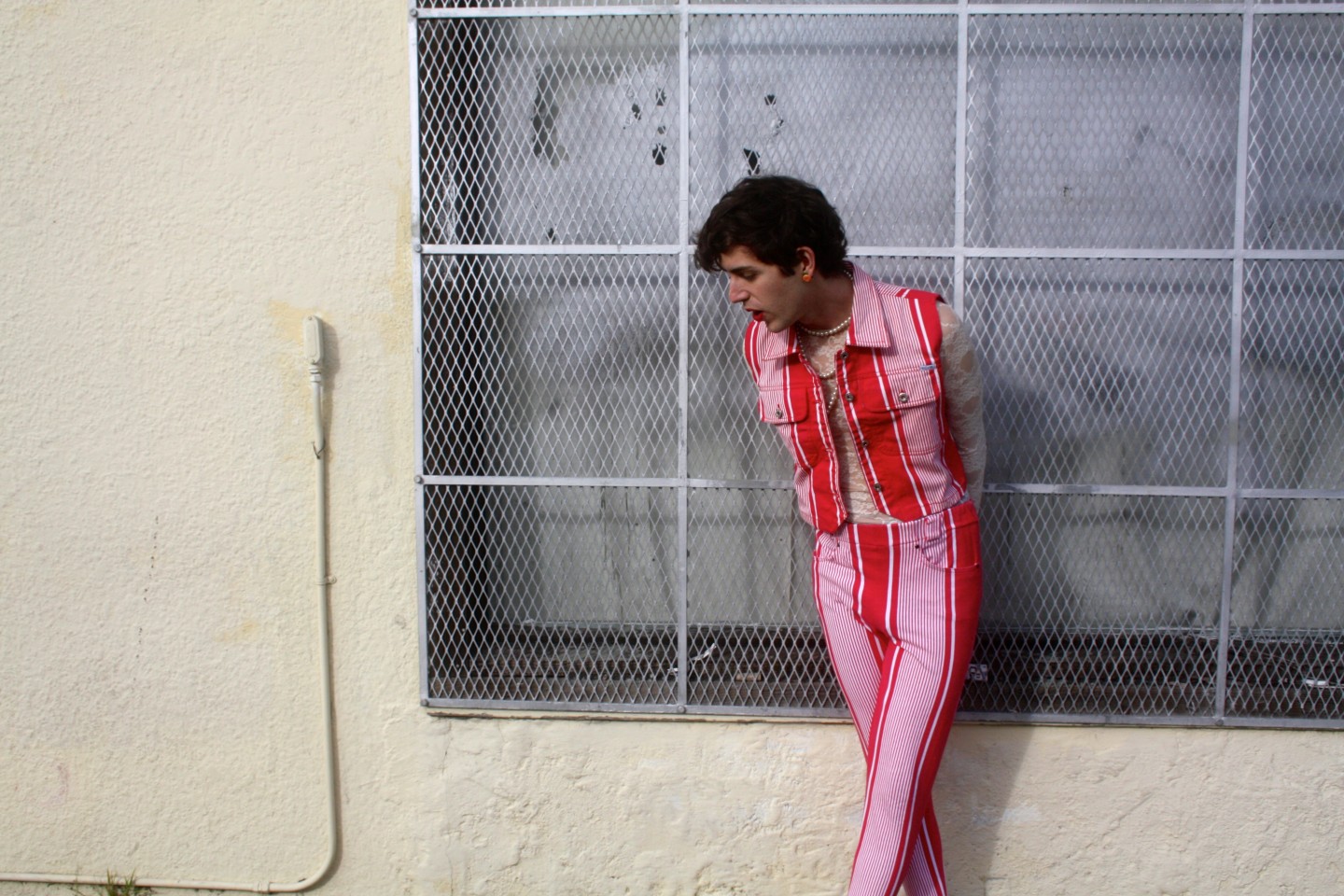 Following the recent release of his LP Perpetual Motion People, Ezra Furman has debuted an amusing egg-filled video for his new single track ‘Lousy Connection’. The video sees a playful and artistic (and, spoiler alert: messy) study of the egg as facilitated Furman and The Boyfriends, and not without an unforgettable sax solo. Directed by Anika Mottershaw and Kimberly Arms, it offers both humor and introspection, which-as Mottershaw explains-is part of the point: “The music video is about the chaos of the universe, existentialism and the importance of buying free range, organic eggs,”she says, adding that now “The smell of rotten eggs will haunt me forever.”

Perpetual Motion People, Ezra Furman’s first album for Bella Union. The LP was recorded with Furman’s current band The Boyfriends – comprising Jorgen Jorgensen (bass), Ben Joseph (keyboards, guitar), Sam Durkes (drums) and saxophonist Tim Sandusky – and recorded at Sandusky’s studio Ballistico in Furman’s home city of Chicago (he’s currently based in San Francisco). Sandusky also recorded Furman’s last two albums, The Year of No Returning and Day Of The Dog. “Tim completely understands what is, or could be, good about my songs, and how to make a record,” says Furman. “Each album we make together, we’re really getting somewhere.”