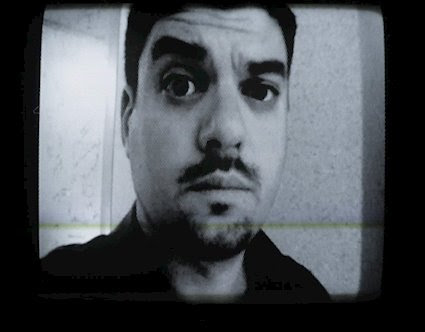 Watch Clark have announced the release of their second album First Week of Winter. Founded in 2012 by musician Paul Furio, Watch Clark is an electronic band with elements of mid-90’s industrial and synthpop that emerged from the heyday of the Seattle indie goth/industrial scene of the early 2000’s. Formerly of Static Engine and Invisible Records artist SMP, Furio wrote music for two decades before releasing his first album Perfect Imitation under the moniker Watch Clark. We are lucky enough to premiere First Week of Winter, which is now available to stream on Northern Transmissions.

“This is an incredibly personal album,” says Paul Furio. “The last two years were filled with turmoil, politically and personally, and only through music could I really express my feelings. These are songs about love and loss, seduction and betrayal, self-loathing and transformation. The album, and in fact the band name and titles, pay homage to my favorite horror movie, John Carpenter’s The Thing, admits Furio. There are obvious allusions to dialog and taglines, and the first and last songs bookend the events in the film. It’s very much about paranoia, questioning who and what you are, but there’s a hopefulness that comes through the despair.”

First Week of Winter will be released on October 31 and is now available via their Bandcamp at https://watchclark.bandcamp.com/album/first-week-of-winter. They have already begun working on their next album, slated for release in late 2018.

1. The Warmest Place
2. New Revision
3. Player Won
4. Seduction on the Dance Floor
5. Ice Cream, Biscuits, and Waffles
6. Missed Opportunities
7. Naked Beats
8. Hole In My Heart
9. Right Back Where We Started
10. Sit Here For a While