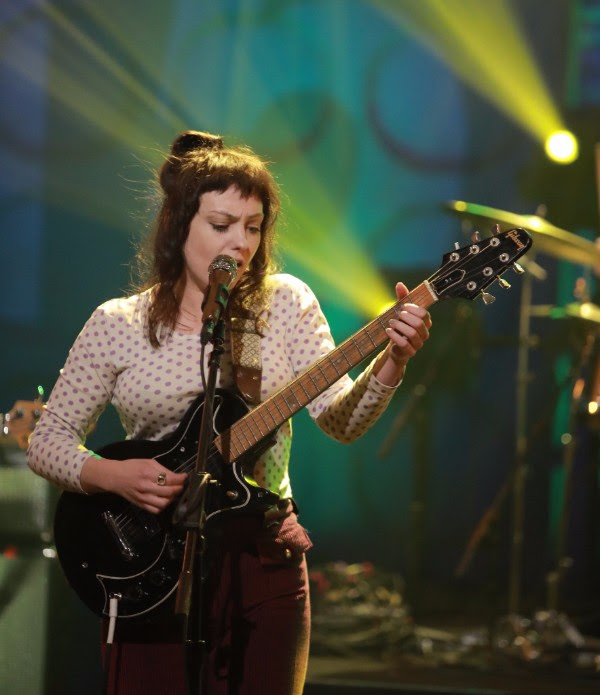 Angel Olsen is currently in the midst of her biggest headline tour yet. On her first west coast and southeast run in support of MY WOMAN, Olsen has sold out every show in advance, including tonight’s Valentine’s Day show at The Wiltern in Los Angeles, the largest venue she’s played thus far. In the midst of all of this touring, she and her band stopped by CONAN last night for a performance of MY WOMAN’s current radio single, “Give It Up,” and a web exclusive of album opener “Intern.” Following this tour, Olsen will play the Red Bull Sound Select: 3 Days in Miami event on Feb. 23rd and her first music festival of the year at Treefort Music Fest in Boise in late March.