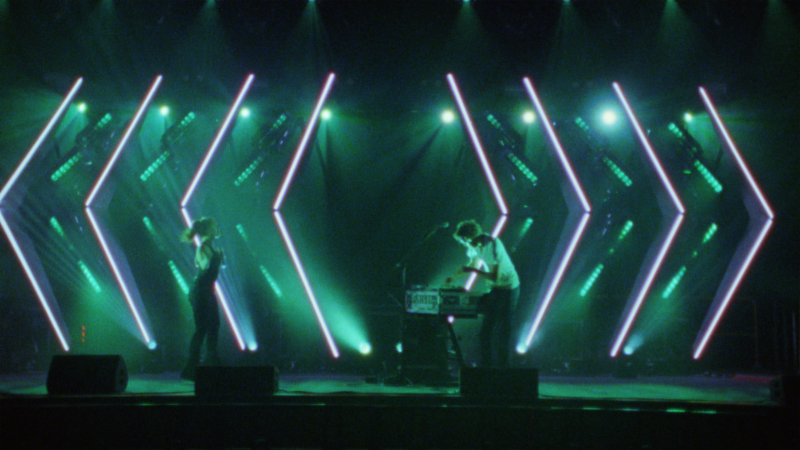 This past April Sylvan Esso released their second full-length What Now. Sylvan Esso are headlining Prospect Park in Brooklyn on July 26th before continuing their North American tour in August and September. Today, the band has released their brand new video for “The Glow”.

Speaking of the video director Elise Tyler said: “Part of growing up is balancing the wonder and awe you have for the adult world mixed with a horrible feeling of emptiness – a mood switch that can flipped anytime, anywhere. Music, friends, sex, rebellion – we look to each of these to fill that seemingly unending void. I wanted to explore that tender space that occupies so much of our youth, building upon the song’s lyrics, where friends are idolized, music saves you, and every night feels like the most exciting night of your life.”

Sylvan Esso’s second album, What Now was made in 2016 – which means it is inherently grappling with the chaos of a country coming undone, the voices of two people nestled in studios around the country who were bemused by what they looked out and saw. It’s an album that is both political and personal, and blurs the line between the two – What Now describes the inevitable low that comes after every high, fulfillment tempered by the knowledge that there is no clearly defined conclusion. It’s a record about falling in love and learning that it won’t save you; about the over sharing of information and the fine line between self-awareness and narcissism; about meeting one’s own personal successes but feeling the fizzling embers of the afterglow rather than the roar of achievement; about the crushing realization that no progress can ever feel permanent.