“Wasting My Time” By Strawberry Fuzz 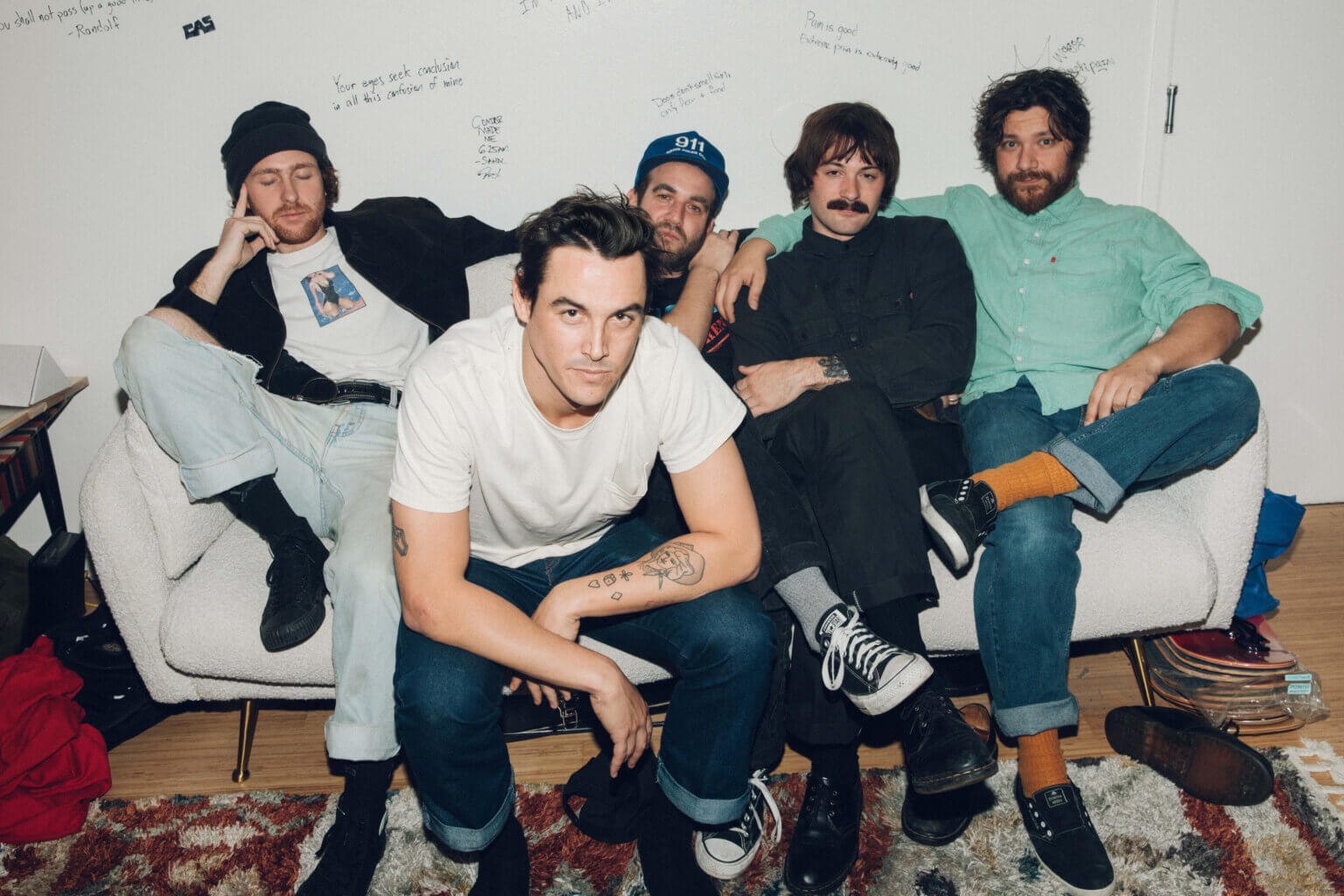 Strawberry Fuzz has returned with new album Strongs Dr, and recently shared the single “Wasting My Time.” The Los Angeles band’s sound is comprised of Cali surf-punk exhibited on their past releases, but with even more bite. As vocalist Colby Rodgers writes, “The album is a blend of all the people I grew up with in LA. Stoners, pill heads, downers, uppers, straight kids — it’s pretty much all in there.

We named the album Strongs Dr. after the street our buddy Chris lives on in Venice. We spent a lot of long nights at his place during the making of the album. He also co-wrote and sings on the last voice memo recorded track with me. Shoutout Chris and the entire westside crew.”

“Some of the best nights making the album were just sitting around Alex’s studio trying to come up with lyrics or tracking little bits and pieces. We’d pass around a bottle of Jameson, sitting in a cloud of cig smoke, sometimes til the sun would rise. This album captures the energy of our live show in a way that our other releases haven’t. The sounds are way bigger. It’s hard to bottle up the vibe of the live performance, but we found rad ways to figure that out. For ‘Wasting My Time’ and ‘Corner Store’ we applied different techniques, like recording the guitar, bass and drums all at the same time to try and bottle that energy up between us.”

Guitarist Kris Miller adds, “I wanted to punch myself in the face multiple times during the recording of this record. I’m glad we’re done.”

In addition to sharing the full-length record, today, the band shines a spotlight on its focus track, “Dropout.” As Rodgers describes of the track’s origins: “In high school, it was casual to see kids taking pills in the bathroom. South LA is a nice beach community but a lot of kids were getting into heavy shit fast. Luckily, I was a stoner back then so, I didn’t get caught up in the oxy.”

Carrying on a lineage that stretches from The Doors to FIDLAR, indie punk band Strawberry Fuzz document the wildlife in and around their Venice Beach turf. Channeling stories of parties, junkies,sex, violence and camaraderie through a keenly observant lens, they meticulously capture the smell,sound, taste and feel of life on the streets, in the bars, bedrooms and basements of the bleary side of Los Angeles.

Inspired by artists like The Cramps, Black Flag, and The Germs as well as Elvis, RL Burnside, and Ol’ Dirty Bastard, Strawberry Fuzz’s manic live show was perfectly captured on their debut collection of demos Fuzztapes Vol. 1. With the release of their first real record, Strongs Dr., the band builds on their experiences: a new cavalcade of characters passing in front of their cynical lens as well as songs calling out everything from beach city homogenization to aggressive surfer cliques. And a few drinks thrown in for good measure. See them at bit.ly/fuzzshows.