Washed Out Releases Video For “Don’t Give Up” 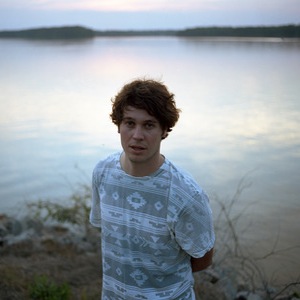 After streaming ‘Don’t Give Up,’ the first official single from his forthcoming album Paracosm, Georgia-based producer and songwriter Ernest Greene, AKA Washed Out has today revealed  the single’s stunningly shot, Kate Moross-directed video. Both Paracosm and ‘Don’t Give Up’ are due for release on August 12th 2013 by Weird World.

Watch the video for ‘Don’t Give Up’ HERE.

Filmed at London Zoo by acclaimed designer Moross, it captures the vibrant and exquisite nature of the animal kingdom. Combining close-up photography with a variety of intense colours, Moross shows nature’s intricate and hypnotic beauty alongside Greene’s equally enchanting single.

Here, Greene takes the production style of his  past releases and shapes it into the most affecting and immediate Washed Out pop moment to date.

Also, Ernest Greene has teamed up with The Creators Project, in conjunction with Vice and Intel, for Exploring The Sounds of ‘Paracosm’, a two-part series that focuses on the instrumentation found on the album.

For the first instalment of the series, Greene visits the Audities Foundation in Calgary, where he meets with the organization’s founder David Kean to discuss the instruments used on the album, as well as experiments with rare and vintage instruments including the Hammond Novachord and Mellotron. Watch the video HERE.

The summer record that will see the winter through, Paracosm sees Greene pushing the boundaries of his own imagination, inviting powerful sensations of dreaming, escape and discovery in the listener in turn.