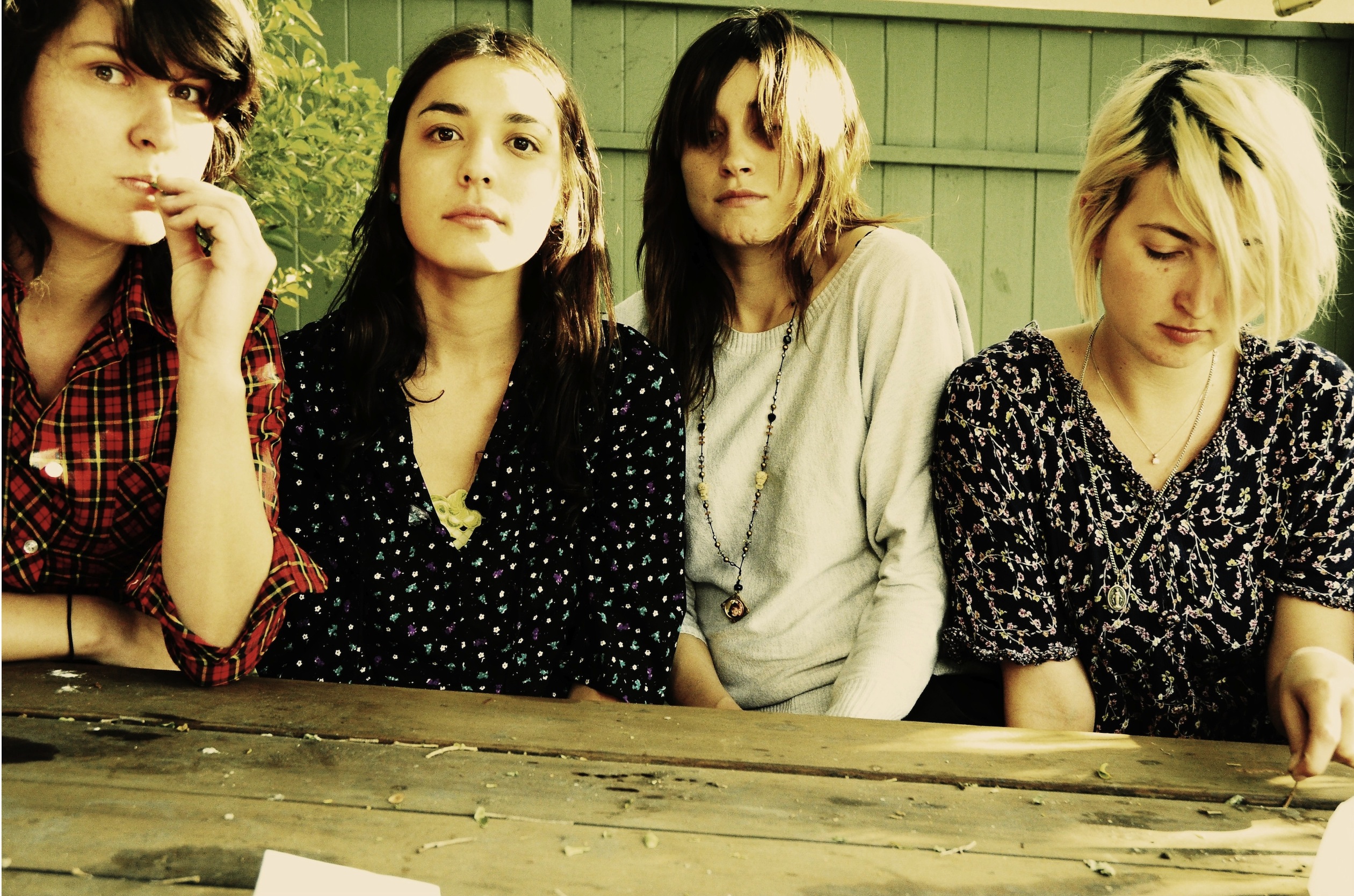 Warpaint, recently announced their third studio album “Heads Up” which will be released on September 23rd via Rough Trade. Today, they have shared a new video for the song “Whiteout”.

Confounding expectations has been part of Warpaint’s m.o. since the band formed in 2004. And so when the band convened to make their third studio album, Heads Up, they shared a common goal: to make a faster, dance-oriented record. “We’ve always had this really jammy, high-energy live show compared to some of our records,” Kokal says. “We all love to dance. We didn’t want to take away from the emotion or the core feeling of what our band is all about—which I don’t even think we could take out if we wanted, because it is who we are—but we wanted to bump the speed up and have a little bit more fun.”

“We definitely pay attention to detail—and there is a lot going on in our music,” Wayman says. “Especially with all of our brains wanting to contribute to everything. The songs can get really full right away.”

And although Heads Up has certain specific spiritual influences—Mozgawa listened to nothing but Janet Jackson’s 1993 self-titled album while making Heads Up, while Wayman praises the textured, beat-heavy approach favored by Björk, Kendrick Lamar and OutKast —Warpaint weren’t trying to emulate any particular artist or genre. If anything, the band’s inspirations had a more abstract creative impact.

For example, Kokal wanted an R&B feel to some of her vocals, which meant that she emphasized velocity and rhythmic flow more than a straightforward, quiet-loud dynamic. The bustling beat backdrops of “Dre” and “Whiteout” conjure the inventive, colorful instrumentation of ’90s hip-hop. Lindberg’s music for “New Song,” meanwhile, was inspired by a game where each member of the band was tasked with writing a tune immediately after hearing another song. Her choice? The Daft Punk, Pharrell and Nile Rodgers co-write “Get Lucky.”

“I love Nile Rodgers—I love his style,” Lindberg says. “That song made me really happy, so I was like, ‘Okay, well, I’m going to try and put a little Nile Rodgers feel to it.’ His part is like a rhythm guitar, but I’m playing it on the bass. I got a disco beat playing. And so ‘New Song’ sounds nothing like ‘Get Lucky,’ but that’s what I wrote literally after I was given that assignment.”

The process went by so fast in part because each member of Warpaint had been working on ideas prior to entering the studio and tried not to second-guess things—Kokal even notes that some of her vocals are first-take demos. However, the notoriously democratic group also significantly changed their working style. Instead of all four members building music from the ground-up while together in the same room, they’d work on songs separately at home—say, exploring ideas or overdubbing guitar or vocal parts—and then bring the results back to show the rest of the band.

In another switch, Warpaint tended to work one-on-one or in pairs with producer Jake Bercovici in the studio. In fact, Lindberg says the entire quartet were only in the same room “four or five days” during the whole recording process. This reduced the creative pressure, and made even more room for individual voices and contributions. “The doors were a little more open in terms of what was accepted and what wasn’t, because we were sharing ideas so rapidly between us,” Mozgawa says. “The roles that each of us individually had—or had established—were a little more malleable.”

The drummer also notes, however, that Heads Up was influenced in a positive way by each member’s extracurricular collaborations and musical projects. Kokal enthuses she learned Ableton (a “life-changing experience,” because she too could then work independently and had more freedom to experiment), while Wayman indulged in her long-time hobby of making sample- and beat-based music with live instrumentation. Lindberg, meanwhile, says the creative outlet of a solo career—she released 2015’s right on! under the name jennylee—helped her stop sweating the small stuff in the studio.

“The practice and the meditation of creating music by yourself influences and strengthens your vision,” Mozgawa says. “When you come into a group situation again, you have a better understanding of the things that you like and you don’t like, and how that’s going to fit into this particular picture that somebody else has painted. How are you going to enhance this picture with what you’ve learned in the last few years?”

These looser vibes and individual experiences ensured that once Heads Up was complete, even Warpaint themselves were surprised—in a good way—at how the album turned out. “We’ve been on tour, and we’ve been around each and other,” Lindberg says. “But you need to take a break from that sometimes to get a fresh perspective, and to be excited and inspired about what you’re doing. I feel like we did that.

“I feel really proud of what we made—almost surprised and shocked,” she continues. “When we were making it, I was like, ‘I wonder what this is going to sound like? How’s this going to come together?’ I love the way that it came together so nicely. I feel so proud of it, and like it’s an evolution of our band. It sounds like a mature version of Warpaint.”