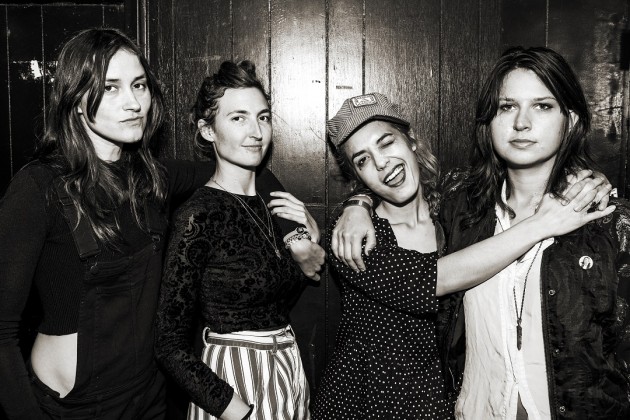 Warpaint have extended their fall tour with new dates today, including November 12 at Nashville’s 3rd & Lindsey, November 17 at Austin’s Emo’s and November 22 at San Diego’s Observatory North Park. Facial, Goldensuns and VS Colour will support on select dates.

“Hi everyone—we’re adding more U.S. dates to our tour and we’re bringing some of our favorite new bands with us—Facial, Goldensuns and VS Colour!” says the band. “Can’t wait to see you all, it’s been long enough…x.” The tour celebrates the Los Angeles-based band’s forthcoming release, Heads Up, set for release September 23rd via Rough Trade Records.

Heads Up was recorded after the band spent 2015 apart working on solo projects and their own endeavors. Reuniting in January of this year, the band invited producer Jacob Bercovici—with whom they had worked on their debut EP Exquisite Corpse—into the studio to begin work on the new LP. The band spent time recording in their House on the Hill studio in downtown Los Angeles, their own home studios and Papap’s Palace, and—for the first time ever—recorded in pairs and alone rather than as a full band, allowing for a new creative freedom.

“The doors were a little more open in terms of what was accepted and what wasn’t, because we were sharing ideas so rapidly between us,” says the band’s drummer Stella Mozgawa of the recording process. “The roles that each of us individually had—or had established—were a little more malleable.”

The result is an album influenced by artists as eclectic as Janet Jackson, Björk, Kendrick Lamar and Outkast.

“I feel really proud of what we made—almost surprised and shocked,” says Lindberg. “When we were making it, I was like, ‘I wonder what this is going to sound like? How’s this going to come together?’ I love the way that it came together so nicely. I feel so proud of it, and like it’s an evolution of our band. It sounds like a mature version of Warpaint.”