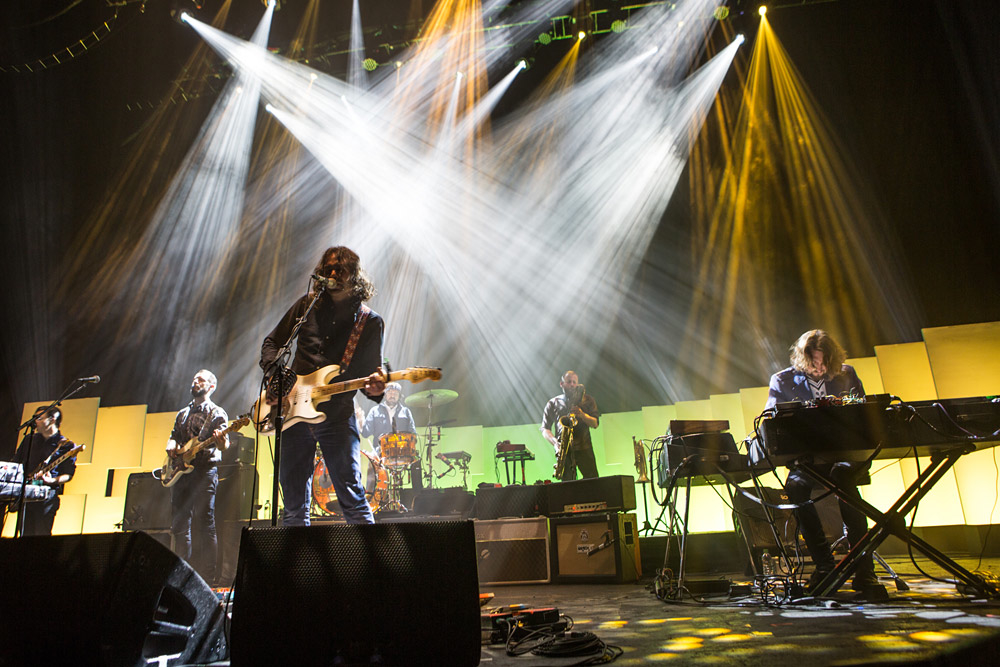 It’s been nearly a year since their album Lost In The Dream was released, the band keeps on trucking. The War On Drugs have announced another batch of tour dates surrounding performances at Governor’s Ball, Sasquatch and Bonnaroo. In addition to the previously announced March/April Southwest and Southeast tour, the band will kick things off with a hometown show at the Tower Theater in Philadelphia, and tape Austin City Limits on April 6th. Today, they announce a two week run in June, including several more cities they have not yet played in support of Lost In The Dream, with back-to-back shows at Washington, D.C.’s 9:30 Club. This falls on the heels of The War On Drugs returning from their UK tour, which two shows at London’s O2 Brixton Academy.