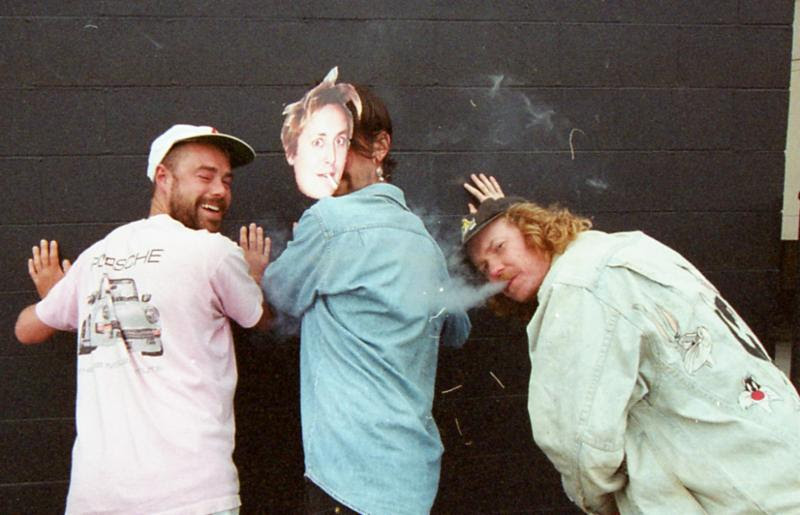 Walter TV band are Joe McMurray, Simon Ankenman, Pierce McGarry are all interesting cats. Simon is a canoe guide in the Northwest when he is not rocking, and he frequents a chain of lakes with ecotourists yearly. Pierce has recently taken a hiatus from the traveling “Mac Demarco Band”, to pursue his other interests in film, music, and art. Joseph is steadfast on the drums for both Mac and Walter TV, while enjoying his English Lit degree. They do their best to make music that is meaningful, interesting, and…danceable? Emotionally razed these lads make music for, well everyone..

Their forthcoming full-length Carpe Diem, (out August 4th via Sinderlyn) which means, as wikipedia defines it, “pluck the day [as it is ripe]”- that is, enjoy the moment) Walter TV has taken their version of lo-fi recording to a near professional level (or at least attempted to). The album deals with all the classic tropes that no person can seem to escape or avoid (except the enlightened few) including, suffering, loss, death, love, chaos, inevitability, declining conditions of earth, self inflicted spiritual pain, heart attacks, forfeiture of morals, yearning, attempts at doing the right thing, karma (police), moments of clarity, depression, introversion/extroversion, the singularity, technological advancements, neglect, insults of opulence, lack of community and looking out for your fellow people, being paranoid…you get the point!