“Wall of Glass” by Liam Gallagher

Liam Gallagher has shared a new video for this latest single off of his upcoming debut solo LP ‘As You Were’. ‘As You Were’ is out October 6th 2017 via Warner Brothers Music.

After Gallagher ignited the writing process with the heavy duty soul-rock of “Bold,” As You Were was recorded in two locations. Greg Kurstin performed all of the instruments on the four songs that he produced in Los Angeles (“Wall Of Glass,” “Paper Crown,” “Come Back To Me” and the psychedelic whoosh of “It Doesn’t Have To Be That Way”), while Dan Grech-Marguerat produced the remainder of the album at Snap! Studios in London.

“I didn’t want to be reinventing anything or going off on a space jazz odyssey,” says Gallagher. “It’s the Lennon ‘Cold Turkey’ vibe, The Stones, the classics. But done my way, now.”

One of the most striking aspects of As You Were is that all the songs have a purpose. There’s no flab, nothing to cut. They all feel directed at something or someone, setting the record straight or getting his side of the story over, be that the swinging, Bo Diddley-like “Greedy Soul,” which incinerates someone who’s the “ungrateful dead” or the mega-ballad “For What It’s Worth,” which serves up the album’s biggest chorus. 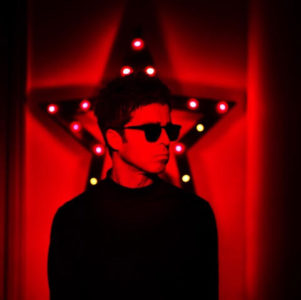