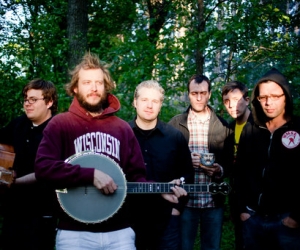 Jagjaguwar has announced the second long-player from Wisconsin six-piece ensemble Volcano Choir. Repave builds from the musical relationship built on their 2009 debut, Unmap, and finds the band operating as a fully-realized unit, crafting their new album together over the past three years at the Fall Creek, Wisconsin studio, April Base.

Go to April Base to see Volcano Choir in the studio by watching the album trailer above, and click here to read more about Repave’s unique sound. Volcano Choir will tour for the first time in North America this fall; tour dates in both the Midwest and on the East Coast are listed below!