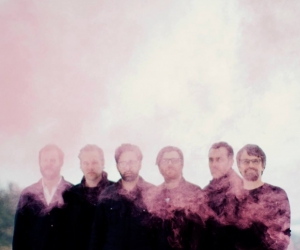 Comrade is the second single from Repave, the second album by Wisconsin band

Volcano Choir, out on Jagjaguwar on September 3rd in North America and September 2nd in Europe. Perhaps the most seamless yet dynamic marriage of electronic and acoustic instrumentation on the album, “Comrade” almost entirely unravels just before it explodes. The visual accompaniment for the audio was made by Dan Huiting from footage taken on location at April Base Studios during the band’s final mixing weekend and subsequent photo shoot. Tickets are on sale now for the band’s tour this fall. Check out the full tour dates below.